You Can Help Iranian People Today 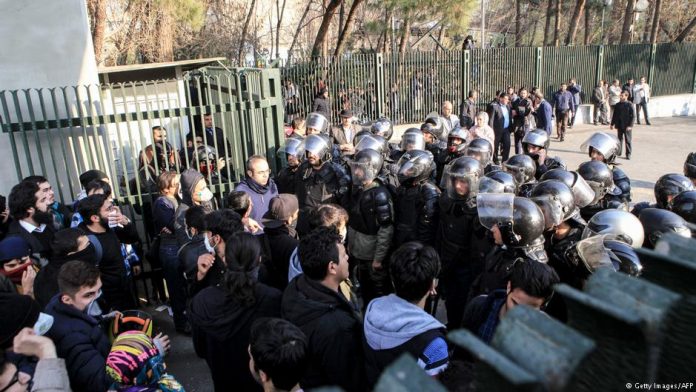 As you know, we have had six consecutive days of unrest in Iran. More than 20 people have been killed and hundreds have been detained since protests erupted in cities across the country.

The demonstrations were sparked by economic grievances in the city of Mashhad, but protests quickly spread throughout the country. Chants condemning widespread corruption in Iran were followed by chants against the government and the supreme leader, Ayatollah Ali Khamenei.

We strongly condemn the Iranian government’s violent crackdown of protesters. The Iranian people have the right to speak their minds and engage in peaceful demonstration.

The Iranian authorities have systematically prevented people from exercising their right to express their dissatisfaction through democratic channels by blocking free elections, preventing people from electing representatives of their choice, and denying them fair trials.

United for Iran will continue to support the fundamental rights of Iranians, including the right to freedom of expression and assembly. Freedom of expression includes unfettered and secure access to the internet and communications channels. We condemn the government’s crackdown on Twitter, Facebook, Telegram and Instagram.

We are committed to keeping you updated on the most important perspectives about the situation in Iran, and on ways you can plug in.

If you would like to support causes that push this momentum forward, we are raising funds for two specific projects. 100% of your donations this week will go to the following projects:

1) Launching a mobile phone application that will allow Iranians to securely and conveniently document and report cases of human rights violations; and

2) Supporting secure tools that enable Iranians to circumvent government controls on the internet and allow them to access information freely.