We’ve Been Honored by YBCA

I’m honored to share that I have been selected by Yerba Buena Center for the Arts (YBCA) as one of the 2018 YBCA 100. The award is granted to people, organizations, and movements that are using their platforms to move society forward. Its an acknowledgment of our current efforts and its future impact on our community.

We have been recognized alongside an inspiring list of activists, artists and organizations who are utilizing their craft and platforms to create a culture that awakens personal and societal transformation. The honorees include: 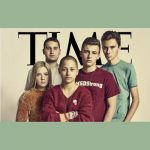 The students of Marjory Stoneman Douglas High School. After a national tragedy, these young students rose to become the faces and voices of their community. They confronted local and national leaders on their position on gun control and formed the #NeverAgain movement. 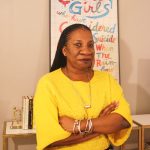 Civil rights activist Tarana Burke. Burke laid the foundation for the Me Too movement in 2006. While her efforts gained the national spotlight only last year, she has been pushing to put the focus back on survivors of sexual harassment and assault for more than a decade. 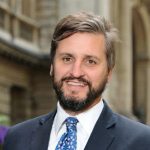 Michael Berkowitz, President of 100 Resilient Cities, an offshoot project of the Rockefeller Foundation. Berkowitz’ program is dedicated to helping cities around the world become more resilient to twenty-first-century physical, social, and economic challenges.

I’ll have the privilege of joining the other honorees during a ceremony later this year. I’m grateful for all the opportunities that this recognition brings to our future work.

Thank you for choosing to support United for Iran.