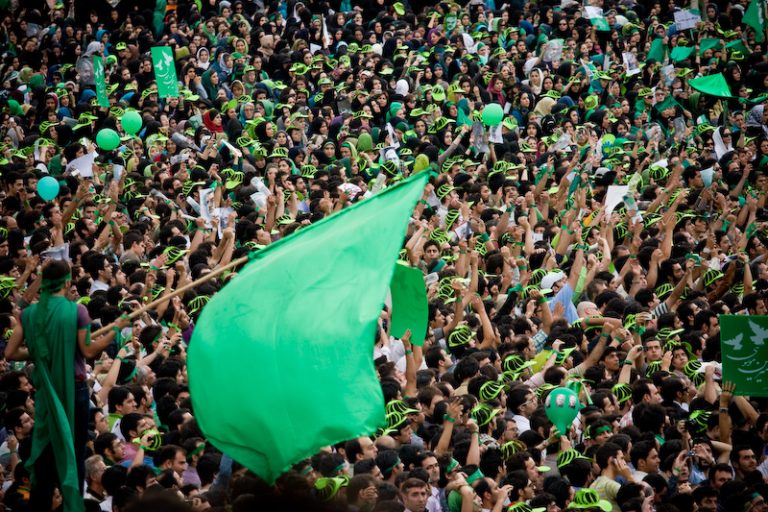 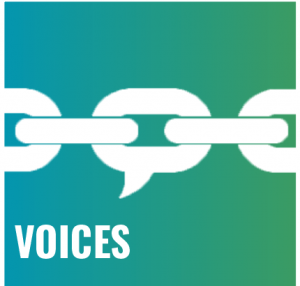 Today marks 11 years since the beginning of  the Iranian Green Movement, an uprising borne out of the highly disputed results of the 2009 presidential election. It was the largest uprising the country had seen since the revolution in the late 1970s and a critical part of Iran’s modern political history. This was a memorable and life-changing period for so many of us, whether we lived inside Iran at the time or not, and the movement inspired the founding of United for Iran.

We are lucky to have several members on our team who were inside the country and directly involved with the Green Movement. To commemorate the anniversary of the uprising, we asked them to share their stories in our first edition of Voices, our new series of stories told by activists fighting for democracy and human rights in Iran.

It was very shocking for me. We had been trying hard to defeat Mr. Ahmadinejad, the president. Ahmadinejad was attempting to dismantle the Reform Movement’s achievements. Mr. Khatami, who was president before Ahmadinejad, had succeeded in putting the country on a better path. I was not too fond of all of his ideas, but during his presidency, the situation had gotten better from a democracy and human rights perspective.  So it was essential for us to stop Ahmadinejad.

A lot of people were in the streets supporting Mr. Mousavi and Mr. Karoubi. They were the reformist candidates in the election. I remember one day, we were able to make a human chain from RahAhan square to Tajrish Square. It is about 12 miles long—so it was a big deal. All of us were very happy and excited in that moment. I knew the election was going to be neck and neck, but we didn’t know what we were getting into. The results were not making sense at all.  At that point, I was a board member for a political party inside the country. I had been participating in the student movement and political activities for 12 years at that point and had been arrested four times previously, so I was very vulnerable.

The night after the election, I woke up at 3 am to the phone ringing. One of my friends was on the phone, saying the guards are trying to break the door and come inside their home. She wanted us to run away, so we did. We were in hiding for almost three months until they summoned me to go to prison. I didn’t go to jail, and eventually left the country.

It was 3 days after the election day that we organized a gathering at Mazandaran University with a few thousand students, protesting against the manipulated results of the rigged election. After a few hours, the university was surrounded by police, plainclothes officers, and hardliners who were threatening the peaceful demonstrators. By the end of the day, the police entered the university and arrested hundreds of us, and put us in university buses to transfer to the police station. A few yards down the street, a group of plainclothes officers and Basijis blocked the road by lying on the street to stop the buses. They negotiated with the police forces, entered the buses, and picked several among us, removing them from the bus to beat them and take them away. Later, I learned that one of my friends, Ashkan, who was taken out of the bus, had gone into a coma as a result of the battering.

When those students were taken off, the buses started moving again. After just a few seconds of silence and astonishment, stones, batons, and objects started shattering the windows. The bus was riding toward the police station, and the Basiji and plainclothes were following the buses with their motorcycles. Those moments were only the beginning of many moments of horror and suffering for many of us for the next few months.

We were on the run. Soldiers were excited, yelling and hitting. Then I saw a strange light in the hand of a man. He was on a motorcycle, moving the light in the air slowly. He was part of a pack of Police motorcycles. They were covered in black clothes and masks. I stopped and stared at the light, which was artificially bright and changing fast. These men seemed calm and did not want to hit or arrest us. They just wanted us to see them. It was their show of power in the middle of our demonstration. “Are they from the earth? Could we ever beat them?” I thought. At that very moment, a young protestor fell down next to me and I started to run away.

It was ten months after the beginning of the revolution. At this time, you could find articles talking about the failure of our revolution.

I stood at the end of the yard. My friends circled a man, whose son had been shot. He rose his hands toward the sky and stated: “We will resist. We will not renounce our rights.”

Years later, far away from home, I took a picture of Mir Hossein Mousavi down from my wall. By then, I had read several stories and had seen many people suffering from the time he was in rule. I did not want not to hear their voices anymore. Did we want to build a democracy without them? Was it possible at all? I did not want to be a part of it. In honor of the young protestor who fell down, the father who rose his hands, and the taxi driver who did not talk, in honor of the Green Movement, I separated ways with its leader.

I was a member of Mr. Mousavi’s presidential campaign in 2009. I was the campaign supervisor for the ballot box of West Azerbaijan’s military base, which was called Malek Ashtar base. I remember I went back to the campaign headquarters in Urmia after midnight when the voting deadline was over with a copy of the results document for the ballot box I was supervising. The whole atmosphere of the campaign that night was very uplifting and hopeful, based on the early results we had been getting from our campaign centers around the province and across the country. Then, the horror began between 3 and 4 AM, when Iran’s official media news channel announced the first results of the first million votes counted by them. Mr. Ahmadinejad had 65% of the early counted votes, which grew at the same rate in the hours that followed until the end result was 63% for Mr. Ahmadinejad.

The first harassment by plainclothes intelligence officials and anti-protest forces started that night around 4 AM, when they surrounded our campaign building in Urmia. They used tear gas, electric shock, and excessive force to evacuate the campaign building. The morning after, as I left my house, the whole city was quiet and empty, and the few people on the street were some Ahmadinejad supporters cheering for him, while the rest of us looked at each other in shock and disbelief.

The protests began in Urmia the very next day after Iran’s supreme leader congratulated Mr. Ahmadinejad while the vote-counting was still in progress. Thousands of people gathered in the city center and started marching toward the state building, and were met by overwhelming excessive force by a huge number of anti-protest forces and plainclothes officials. I was arrested that day in the middle of the protest, and was released 2 days later while the protests were still growing across the country.

Hear more from our team and our network of activist colleagues and friends in upcoming editions of Voices.