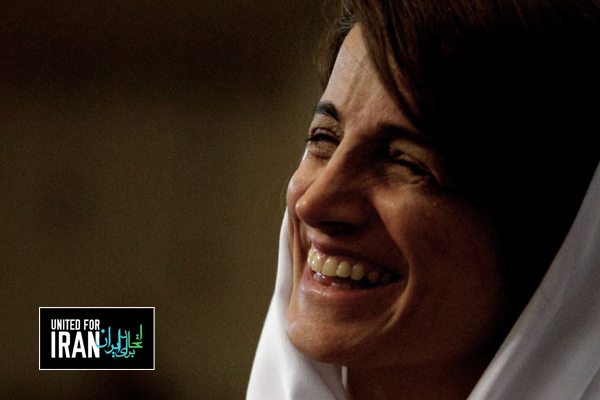 Iran’s Judiciary has issued a harsh new prison sentence for Nasrin Sotoudeh, a prominent human rights attorney and women’s rights advocate. On March 11 and 12, Reza Khandan, Sotoudeh’s husband, reported that prison officials informed Sotoudeh that Judge Mohammad Moghiseh has sentenced her to 33 years in prison and 148 lashes on seven charges.

However, United for Iran could not confirm the actual length of the sentence or how many years Sotoudeh would be required to serve.

“Judge Moghiseh has an appalling record of denying defendants the right to a fair trial and punishing activists and artists for peaceful acts of expression,” said Firuzeh Mahmoudi, United for Iran Executive Director. “Nasrin Sotoudeh has dedicated her life to defending human rights and we call for her immediate and unconditional release.”

As of Wednesday March 13, some ambiguity remained as to the length of Sotoudeh’s sentence. Judge Moghiseh, without mentioning Sotoudeh by name, has claimed in state media that the sentence was for seven years. Moreover, according to Article 134 of Iran’s New Islamic Penal Code, defendants with multiple counts should serve no more than the maximum punishment for the charge that carries the heaviest sentence. However, if the defendant is convicted of more than 3 charges, the judge could sentence the defendant to the prison term that is 50 percent more than the charge that carries the heaviest sentence. According to Khandan, her most severe prison sentence is 12 years for the charge of “promoting corruption and debauchery.”

“Sotoudeh’s outrageous conviction is yet another example of the dark pattern of human rights abuses Judge Moghiseh is famous for,” said Mahmoudi.

Sotoudeh was sentenced in absentia. She refused to appear in court in protest to being denied the right to choose her own attorney and the unjust judicial process. She is currently serving a 5-year sentence from 2018 on another set of charges similarly related to her human rights work. Both of Sotoudeh’s convictions are open to appeal.

Sotoudeh is a fierce advocate of women’s and human rights. She has represented several women who protested compulsory hejab, which lead to her most recent arrest in June 2018. Authorities have since charged and convicted her for a variety of offenses all based on peaceful activities including membership in human rights organizations, advocating for abolishing the death penalty, criticizing the judiciary for not allowing defendants to choose their lawyers, and briefing diplomats on Iran’s human rights conditions.

“Ms. Sotoudeh’s conviction is solely due to her peaceful human rights work. Every day that she is behind bars marks a new injustice,” said Mahmoudi.