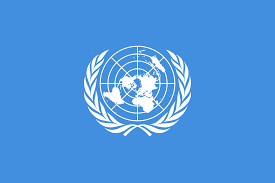 GENEVA (16 January 2018) – UN human rights experts* have appealed to Iran to halt the execution of Abolfazl Chezani Sharahi, who was 15 when he was sentenced to death. He is due to be executed on Wednesday, less than two weeks after the execution of another juvenile offender.

“The Iranian authorities must immediately halt the execution of this juvenile offender and annul the death sentence against him and afford him a fair trial in compliance with their international obligations,” the experts said. “This planned execution represents a flagrant disregard for international human rights law, which is all the more shocking given the most recent execution of another juvenile offender.”

Abolfazl Chezani Sharahi is scheduled to be executed on Wednesday for a crime that he was convicted of committing at the age of 15. He was sentenced to death in 2014 after being convicted of murder for the fatal stabbing of a man during a fight. In sentencing him to death, the court cited an expert opinion that stated he had attained “mental growth and maturity” at the age of 15. The verdict was upheld by the Supreme Court later that year.

In 2015, he submitted a request for retrial on the basis of Article 91 of the 2013 Islamic Penal Code. The request noted that the medical commission assessing his maturity at the time of the crime did not include a child psychology specialist. The Supreme Court rejected the request.

In January 2016, the Committee on the Rights of the Child urged Iran to end the execution of children and persons who committed a crime while under the age of 18. Iran has ratified the International Covenant on Civil and Political Rights and the Convention on the Rights of the Child, which unequivocally prohibit the passing and carrying out of the death penalty against anyone below 18 years of age.

Despite this, reports received indicate that there are at least 89 juvenile offenders on death row in Iran but the number could be much higher. On 4 January 2018, Amirhossein Pourjafar, a juvenile offender who was sentenced to death aged 16, was executed despite multiple interventions from human rights experts. At least four juvenile offenders were executed in Iran last year.

The experts deplored the continuing executions of juvenile offenders in Iran in contravention of international standards, and urged the Government to end the practice of sentencing to death people below the age of 18 years of age when the crime of which they were convicted was committed, and to commute all death sentences issued against such individuals.

The Committee on the Rights of the Child is the body of 18 independent experts that monitors implementation of the Convention on the Rights of the Child by its State parties. It also monitors the Optional Protocols to the Convention, on involvement of children in armed conflict and on sale of children, child prostitution and child pornography; as well as a third Optional Protocol which will allow individual children to submit complaints regarding specific violations of their rights