U4I Concludes 1st Round of IranCubator

I’m pleased and honored to share that United for Iran is successfully concluding the first round of IranCubator, our app incubation project to promote civil liberties in Iran.

In the last 18 months, we developed about one dozen mobile applications—some of which were released without any public connection to U4I to reduce potential security risk. To date, IranCubator apps have been downloaded over 550,000 times; and users in Iran have spent more than 111,000 hours learning, connecting and receiving support from these apps.

Our apps offer solutions on a range of issues including challenges to women’s rights, women’s sexual and reproductive health and informed political participation. They also offer support and protection for victims of domestic abuse, recovering addicts, human right defenders, and children at risk of sexual abuse.

While we have been humbled to see the sheer number of individuals these apps have served, the personal story of users have constantly reminded us why we began this effort in the first place:

We feel privileged to have joined the global movement to expand human rights through technological advances, and these testimonies further prove how necessary that intersection is. We are convinced that the marriage of technology and human rights will take us to the future we want.

We will make share to keep you in the loop on the future progress of these apps, and our other efforts to improve human rights and expand freedoms in Iran. 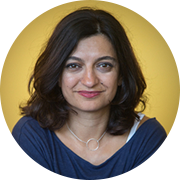 P.S. These are apps that we publicly released through IranCubator:

Hamdam enables Iranian women to track their menstrual cycles through the Persian Jalali calendar while learning about women’s legal rights and sexual health.

Haami supports Iranians struggling with addiction recovery and offers them resources to maintain their sobriety.

Hafez aids and protects human rights defenders by enabling them to securely record and report incidents of human rights violations.

Sandogh96 provided Iranian voters with accurate, unbiased and up-to-date candidate and election information ahead of the May 2017 elections.