Ghadamkheir Faramarzi is asking you to take action to stop the execution of her son Shahram, as well as 32 other Kurdish prisoners. Most of their cases are being reviewed by the Supreme Court in the next few weeks. We do not have much time. Please take one minute to sign the petition in her support.

My Son Shahram Ahmadi has been sentenced to death. He is 26 years old and has spent the last 6 years of his life in prison. I couldn’t stop the execution of his younger brother Bahram and had a heart attack when I heard the news. The Iranian government refuses to hand over Bahram’s body. Now I need your help to stop Shahram’s execution. 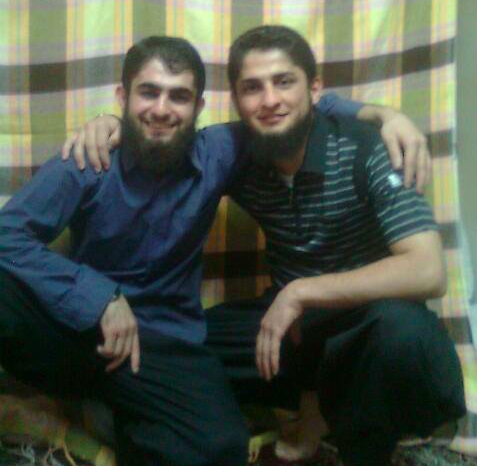 Bahram (right) has been executed. Shahram (left) can still be saved.

We are Sunni and Kurd. My son Shahram like many other Sunni youths has been critical of how badly the Iranian government treats the Sunni minority. Security police arrested him in April 2009 on his way home from mosque in our town, Sanandaj. They shot, beat, and kicked my son in the face, breaking his nose and head. They took him to the Intelligence Bureau of Sanandaj and subjected him to severe torture including electric shocks and forced him to falsely confess to armed resistance. It took the authorities 10 months before they allowed us to see him. My son’s trial was unfair. The authorities kept him in detention for 4 years before charging him. The first time they allowed him to talk to his attorney was on the day of his trial. His trial lasted less than 10 minutes. Judge Mohammad Moghiseh used his coerced confession, the only evidence against him, to declare him a mohareb (enemy of God). I have no doubt that my son would have been found innocent if he had received a fair trial.

Your support could save my son. In the past international pressure has been instrumental in protecting individuals who had been unfairly prosecuted in Iran. A recent example is Sakineh Mohammadi Ashtiani who in 2006 was sentenced to stoning. Due to international pressure her sentence was later reduced to 10 years in prison and in March of this year, the Iranian judiciary announced that she has been released.

Shahram is not the only one at risk. Dozens of other Kurds have been unfairly sentenced to death. Most of their cases are waiting review by the Supreme Court. We do not have much time. Please help me save my son and the other Kurds’ lives by asking Iranian officials to halt their executions and grant them fair trials.