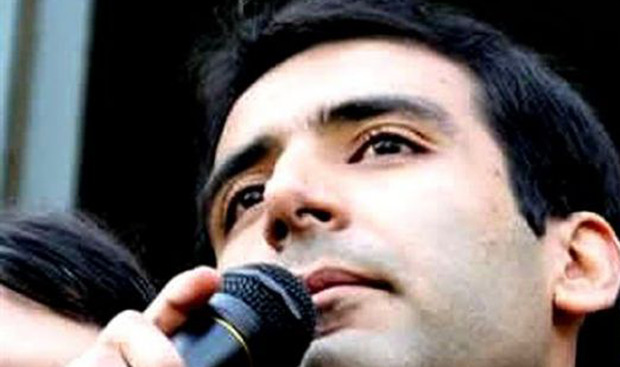 (Trondheim, Norway – 21 September 2012) The Student Peace Prize of 2013 was awarded to the Iranian student leader Majid Tavakoli. The winner was announced in the main library at the Norwegian University of Science and Technology (NTNU) on Friday, UN’s International Day of Peace. The prize committee wishes to acknowledge Tavakoli for his non- violent fight for freedom of speech and democracy. “The Student Peace Price is this year awarded to a young and brave person,” commented the Norwegian Minister of Foreign Affairs, Jonas Gahr Store. Currently, Tavakoli is serving a prison sentence of nine years because of a speech he held in 2009, criticizing the Iranian regime. A couple of months earlier, Mahmoud Ahmadinejad had been reelected President; the presidential election was condemned as undemocratic by the opposition, as well as by foreign organizations and leaders. The election provoked large public demonstrations, which led the regime to impose a stricter rule on the citizens of Iran. Students constitute an important group of the Iranian society and many young people in Iran are currently attending colleges and universities. However, students are quite often deprived of their right to education and/or prosecuted in response to oppositional political activity. Tavakoli studied at Amirkabir University of Technology in Teheran, Iran, where he was a prominent leader of the student organization Islamic Students’ Association. The Student Peace Prize winner works mainly for student rights and democratization through speeches and publications. Tavakoli has been imprisoned for shorter periods of time earlier, and has demonstrated that he refuses to be scared into silence. Even whilst in prison he continues writing strongly worded letters to the government. To read the full article, click here.