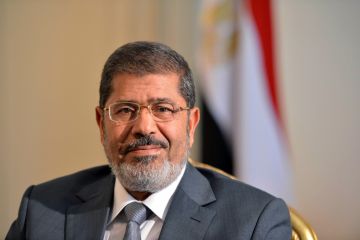 The following letter was submitted by the student group, Green Messengers of Hope in Iran, to Egyptian President Mohammed Morsi, urging him to address human rights abuses by the Iranian regime during his diplomatic visit to Iran.
Read the original letter here.
To the Honourable Dr. Mohammed Morsi, President of the Arab Republic of Egypt
In the Name of God, the Compassionate, the Merciful,
We, as a part of the Iranian Green Movement and as inheritors of a hundred years of struggle against tyranny, are very pleased to bear witness to the democratic transition of power in Egypt, in which the people of a nation has decided about its future in a peaceful process. A country being governed by the will of its people is a dream come true, and it fills us with hope for the future of the Middle East. The people of Iran have strove for many years to improve the prevailing circumstances of the country and to bring about change through a democratic process. After electing Mr. Mohammed Khatami in 1997 as the president, these struggles culminated with the presidential election in 2009. However, the regime chose to oppose the people’s choice of change by manipulating the election result. This was followed by the arrests of reformists and members of opposition campaigns, the closure of independent media, the dissolution of many political parties, and the brutal cracking down of post election protests. The protests by Iranian citizens demanding to know what had become of their stolen votes, led to the birth of what is now known as the Green Movement.
A year and a half later, the Green Movement was revived and gained momentum when neighbouring countries in the region, including Egypt, began to rise against their authoritarian regimes; we remembered, once again, that tyranny will not last. On the 14th of February 2011, during the height of the uprising in Egypt, the leaders of the Green Movement, Mirhossein Mousavi and Mehdi Karroubi, called for a peaceful demonstration in solidarity with the people of Egypt and Tunisia, according to the constitution of Iran which allows such peaceful demonstrations. Many Iranians responded to the call by coming to the streets of Tehran; an act which was violently suppressed and led to the arrests of a large number of political activists and ultimately to the illegal house arrest of the leaders of the Green Movement. Moreover, the Iranian government continued an unchangeable support for the dictator of Syria.
Mr. President,
We know that you have yourself been the victim of political imprisonment in your country. We share this experience. When you, as a democratically elected president, travel to our country, we urge you to express your concern regarding the continued detention of the leaders of the Green Movement, keeping in mind that it is the result of their calls for solidarity with the people of Egypt. In your meetings with the officials of the Iranian government, we ask you to remind them of the fates of the leaders who kept turning their backs on the votes of their people, and to urge them to govern their country relying on the support of the Iranian people rather than military forces. We are confident that your support in this matter can result in the strengthening of the unity between the nations of the region.
Yours respectfully,
The Green Messengers of Hope of Iran