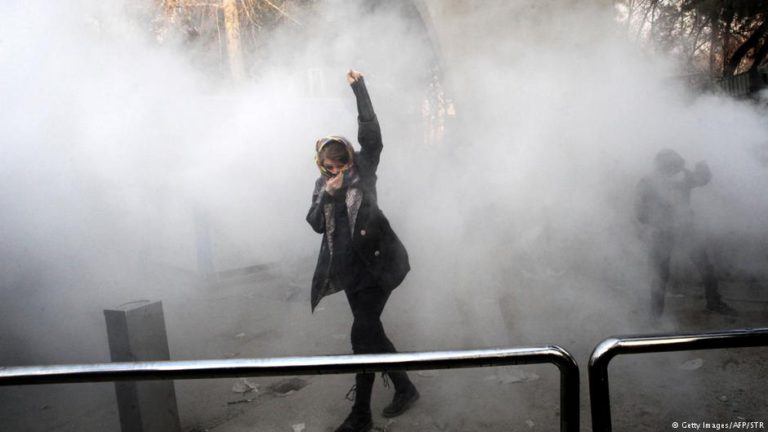 United for Iran Condemns Violence Against Protesters, Says Right to Protest One’s Own Government is a Fundamental Human Right

The demonstrations were sparked by economic grievances in the city of Mashhad, but protests quickly spread throughout the country in dozens of cities large and small; chants against the government and the supreme leader, Ayatollah Ali Khamenei, followed.

Since December 31st, the government of Iran has blocked Telegram and Instagram, the only unfiltered social media channels in Iran. With half of Iranians on Telegram – 40 million active monthly users and 25 daily users – it has been the most critical communication platform in the country in recent years.

Firuzeh Mahmoudi, Executive Director of United for Iran, an independent nonprofit organization that focuses on technology to advance civil liberties in Iran, explained:

“The right to speak against one’s own government and peaceful demonstrations belongs to every individual. United for Iran strongly condemns the Iranian government’s violent crackdown of protesters. The Iranian authorities should hear the voices of the people demonstrating across the country.

“Large populations of Iranian people remain marginalized and powerless to express their dissatisfaction. The people of Iran have shown that uprising and demonstrations are not their prefered mode of expression, however the authorities in Iran have left them with little choice. The Iranian authorities have systematically prevented people from their right to express their dissatisfaction through democratic channels by blocking free elections, preventing people from electing representatives of their choice, and denying them an unbiased judiciary.

“United for Iran will continue to support the fundamental rights of Iranians, including the right to freedom of expression and assembly. Freedom of expression includes unfettered and secure access to the internet and communications channels. We condemn the Iranian government for blocking social media platforms and urge all nations to publicly support the Iranian people and their fundamental democratic demands, including the demand to end corruption.”

In 2017, United for Iran released a series of mobile apps designed to provide Iranians with the tools needed to understand their rights, avoid government censorship and boost civil liberties in the country. Those apps included:

For more information, or for interviews with United for Iran, please contact Yasmina Dardari at +1 407-922-8149 or by email at yasmina@unbendablemedia.com.

United for Iran is an independent nonprofit based in the San Francisco Bay Area working for civil liberties in Iran.