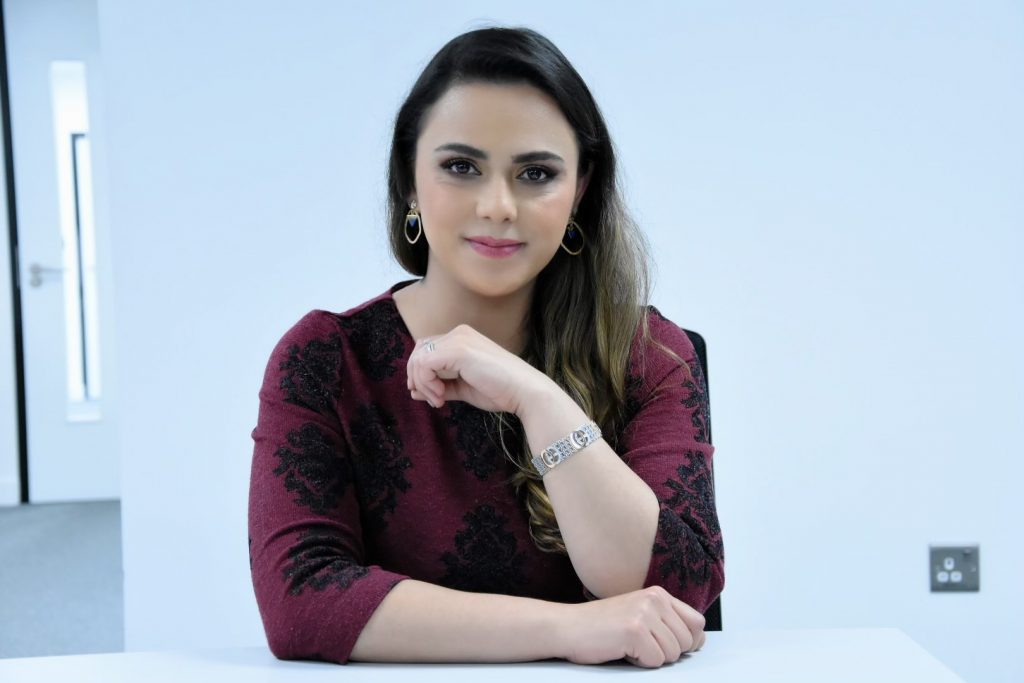 Incubated by United for Iran’s IranCubator project and created by an accomplished Iranian feminist and women’s rights activist Samaneh Savadi, Cheragh Academy is an educational website, an online training program and a social media campaign that provides transformational resources about workplace sexual harassment in Iran. The name Cheragh Academy translates to “Light Academy” because its mission is to bring to light this culturally and politically taboo topic.

Cheragh Academy imagines an Iran where all women and men feel safe in their workplaces and are able to pursue their interests and provide for their families without fear. Its goal is to educate Iranians about workplace sexual harassment: how to recognize when it’s happening, how to avoid being complicit in it, how to talk about it, how to seek safety and protection from it, and how to heal from it using a restorative justice framework.

Sexual harassment continues to a taboo topic in Iran. Women and men are afraid to talk about it, lest they be accused of being sexually inappropriate and violating Zana, an Islamic law that punishes unlawful sexual intercourse. And, most important, there is not a single law in Iran that protects workers from sexual harassment in the workplace. Even when they are willing to speak out against their abusers and face the social judgement in their communities, the women literally have nowhere to go.

Samanah Savedi wants to make sexual harassment a safe topic of conversation in Iran. She wants to encourage Iranians to talk about it, inspire employers to create safe workplaces free from harassment, and encourage politicians to create new laws that protect workers and especially women. We sat down with Samaneh Savadi to talk about Cheragh Academy and her vision for this social good project. The following conversation has been translated from Persian to English.

How did you get interested in the topic of workplace sexual harassment?

Samaneh Savadi: As a girl in Iran, I was always encouraged to study and not to work. I was told that workplaces are not safe; they are environments where women are likely to be exposed to harassment, especially when they are in a subordinate role. I’ve never experienced it myself, but I know many Iranian women who were forced to quit their jobs because they could not bear the psychological burdens caused by workplace harassment.

After I left Iran, I realized how ignorant I was on this topic. I was surprised when my university sent me an email in which they alerted me to different forms of sexual harassment. For example, I did not know that a colleague in Iran who persistently asked me out was sexually harassing me. I also realized that I wasn’t the only one who was not aware of this issue. I knew that most people in Iran were like me. So I became motivated to work on it.

Is sexual harassment in the workplace more or less prevalent in Iran compared to Western countries? What does the research show?

Samaneh Savadi: Unfortunately, it’s hard to know because official and accurate statistics on sexual harassment in the workplace are not available in Iran, mostly because women and men who experience sexual harassment usually do not report it out of fear of being judged and condemned. On the other hand, in our culture, we have popular sayings like “زن همه ناز است و مرد نیاز” which can be translated as “Men need intimacy and women must say no.” This particular saying suggests that men should pursue women, that women should say no, but that men should keep insisting until their wish is fulfilled. These kinds of beliefs have become cultural norms in Iran and encourage inappropriate behavior and sexual harassment.

Issues such as honor and zeal are another reason why people in Iran do not report sexual harassment. In many cases, when women do report abuse to their husbands or families, their fathers or husbands prevent them from going back to work.

In general, where there is silence, the abuser is able to continue harassing their victims without concern for the consequences of their actions. In Iran, there is literally no reporting body for sexual harassment, no law that protects women, so abusers are able to operate without impunity.

For example, in Western countries where sexual harassment has practical consequences such as losing ones job or reputation, the abuser, once found out, does not continue harassing. We do not have these kinds of social, political and economic deterrents in Iran. I remember, in a gang rape case of 12 girls in one Iranian city, most of the complaints were taken out of court by the families of the victims.

How knowledgeable are Iranians about sexual harassment?

Samaneh Savadi: Educating Iranians about sexual harassment is one of the most important challenges we need to address. Due to the lack of awareness and lack of education, most victims and witnesses in Iran are unable to recognize sexual harassment as it’s occurring.

Consider this story: A man in Iran was accused of sexual harassment by several people. A friend of this person, a woman, vehemently defended this man and in his defense she told the following story. She explained that when she went to this man for a job interview, he offered her a relationship in exchange for employment, which she accepted. After a while, when their relationship ended, he fired her. Nevertheless, she insisted that she was never harassed by this man! Yet, her story is a textbook example of sexual harassment. As you can see, in Iran, there’s such a lack of awareness about sexual harassment that a victim is not even aware that she was abused and uses her personal story of sexual harassment to defend her abuser.

#MeToo is a global movement. What differences do you see between the movements in Iran and abroad, especially in terms of public goodwill and concern for the victims?

Samaneh Savadi: A smaller group of Iranians, including women’s rights activists and feminist scholars, passionately supported this movement and welcomed it, but a large group of people are still questioning the movement and see it as a platform for personal hostilities and revenge, which I personally disagree with.

I find that the #MeToo movement in Iran is very useful, despite the fact that we do not have any dedicated civil society organizations in Iran to pursue these allegations, and that these efforts are infrequently discussed in public or the media. Ultimately, I believe that the #MeToo movement brought solidarity and connection among many groups and it also showed us the existing gaps.

What is the role of Cheragh Academy in the #MeToo movement in Iran?

Samaneh Savadi: In the first few months of the #MeToo movement in Iran, I published a series of personal stories of assault that I had received from Iranian women, and in a conversation with one of my colleagues, we realized that we needed a dedicated space to talk about and educate people on this taboo issue.

For example, we witnessed a lot of victim blaming, and we did not know how to educate thousands of people on the topic of “victim shaming.” We thought: Should we send an article to each person? Should we talk to them one by one? What is the best way to educate people and change their minds?

Cheragh Academy is a first-of-its-kind educational platform that provides coherent and universal education on sexual harassment. Now, if a person condemns a victim of abuse, instead of disparaging or cancelling that person, we can get to know that person and offer them proper education on this topic.

Cheragh Academy cannot solve all the problems related to sexual harassment in the workplace in Iran. What goals are you hoping to achieve?

Samaneh Savadi: One of our goals is to educate the Iranian public about workplaces that are free from harassment (that is also our motto). Another goal is to create social sensitivity and awareness around this widespread but taboo issue.

Cheragh Academy may not be able to persuade all the companies and institutions to pass regulations to prevent harassment, and it may not be able to persuade all harassers to stop their behavior, but it can make individuals and the society as a whole more sensitive and concerned about the subject of sexual harassment. I am hoping that every time a person decides to start a business, they’ll ask themselves if they need sexual harassment education and regulation.

I honestly believe that no one is born an abuser and I would like this to be highlighted in Cheragh Academy. In addition to supporting the victims and educating the public, we want to de-stigmatize the abuser. We believe that very often they are not aware of the effects of their actions. Our goal is to properly educate them about harassment and help them change their behavior