News Release: UN Experts Call for Independent and Impartial Investigation Into Death in Custody of Blogger 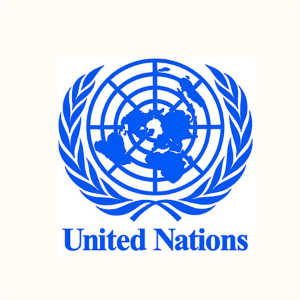 GENEVA (15 November 2012) – A group of United Nations experts today urged the Government of Iran to undertake a thorough, independent and impartial investigation of the death in custody of Iranian blogger Sattar Beheshti, particularly the allegations of torture, and to make the result of such an investigation public. While the UN Special Rapporteurs on the situation of human rights in Iran, summary executions, torture and freedom of expression welcomed the Iranian Parliament’s and Judiciary’s decisions to investigate the death in custody of Mr Beheshti, they noted that a number of cases have been reported in Iran in which detainees allegedly died in custody due to mistreatment or torture, lack of medical attention or neglect. Mr. Beheshti, a 35-year-old Iranian blogger who maintained a site on which he purportedly criticised the Iranian government, was arrested on 30 October by the cyber police allegedly without a warrant. He was taken to Tehran’s Kahrizak detention facility, where he was reported to have been subjected to ill-treatment and/or torture. On 6 November, prison authorities contacted family members of Mr Beheshti to collect his body. Although the circumstances around his death remain unclear, allegations suggest he might have been tortured to death during his investigation. “There should be zero-tolerance for torture,” said the UN Special Rapporteur on the situation of human rights in Iran, Ahmed Shaheed. “It is imperative that people who are potentially involved in committing such gruesome crimes are investigated and brought to justice, as failure to do so promotes a culture of impunity.” Expressing profound concerns over the death of Mr Beheshti, the human rights expert stressed that “the Iranian authorities should ensure that family members of the victims are provided with effective avenues for remedy, including the right to seek full redress with compensation.” “When an individual dies as a consequence of injuries sustained while in State custody, there is a presumption of State responsibility,” said the Special Rapporteur on extrajudicial, summary or arbitrary executions, Christof Heyns. “The recurrence of deaths-in-custody can only be prevented by investigating allegations of torture in compliance with international human rights standards, such as the UN Principles on the Effective Prevention and Investigation of Extra-legal, Arbitrary and Summary Executions, and by taking urgent steps to combat a culture of impunity which encourages such crimes,” the expert said. The Special Rapporteur on torture and other cruel, inhuman or degrading treatment or punishment, Juan E. Méndez, stressed that international human rights law has an outright prohibition on torture and urged the Government of Iran “to ensure that an inquiry is opened in each case of alleged torture and cruel, inhuman or degrading treatment in detention facilities and perpetrators are held accountable for their acts.” The group of UN independent experts also called on the Government of Iran to release journalists and bloggers who have been imprisoned in contravention of articles 9 and 19 of the International Covenant on Civil and Political Rights, and provide them with effective judicial redress and compensation “Harsh prison sentences handed down to journalists and bloggers, following trials in which defendants’ rights to due process and a fair trial are not guaranteed, exemplify broader conditions of severe restrictions on freedom of expression and opinion”, noted the Special Rapporteur on the promotion and protection of the right to freedom of opinion and  expression, Frank La Rue, while reminding the Iranian authorities of their responsibility to fully respect the right to freedom of expression in compliance with its international obligations. The human rights expert urged Iran “to ensure that freedom of expression and opinion of independent media is guaranteed and that journalists and bloggers can exercise their professions without harassment or persecution.”