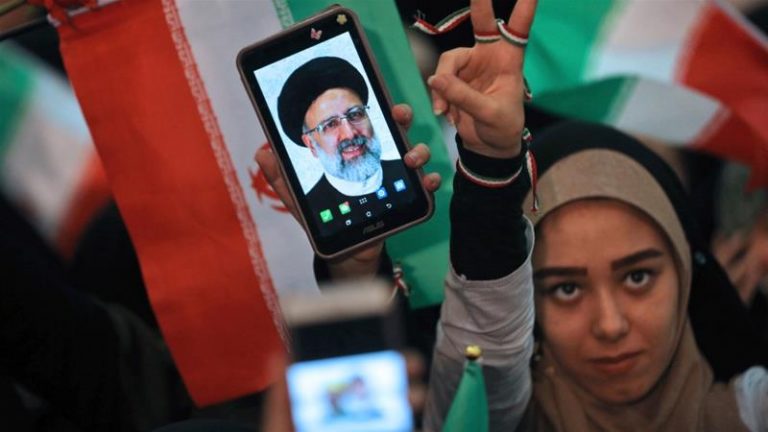 A popular uprising took hold of Iran in the final week of 2017, with thousands taking to the streets to protest against the dire economic situation in the country.

Using smartphone apps such as Telegram and Instagram, demonstrators quickly spread their message, and within days, protests erupted in dozens of cities across Iran.

In the government crackdown that followed, more than 25 people were killed and hundreds arrested.
The spread of protests once again showed the power of technology and social media, highlighted by repeated efforts by the government to block access to the mobile apps used by the protesters.

After realising the potential of these apps, many in Iran – a country with about 48 million smartphones – are looking at ways to leverage technology in their pursuit of civil liberties.

One of the latest apps is Hafez, which translates as “to protect”. Named after the famous Persian poet whose words frequently targeted religious hypocrisy, the app offers users a collection of human rights-related information.

Foremost, it is a virtual rolodex of human rights lawyers in Iran, which allows users to access legal information regarding human rights.

“Users receive daily human rights news; allows them to send news of human rights violations securely; disseminates important legal information to users if they are arrested, and provides the contact information for attorneys who can assist,” said Rafiee, the founder of Human Rights Activists Iran (HRAI).

Rafiee, who has been arrested for his activism six times, said having a record of human rights violations is instrumental for protesters in Iran.

“Monitoring violations that take place on a daily basis can improve human rights conditions since independent organisations are not permitted to work in Iran,” Rafiee said.

Hafez is just one of several apps Iranians are using to promote civil liberties and human rights.

“The technology is a tool, not an end result,” said Firuzeh Mahmoudi, founder of United4Iran, an organisation focussed on promoting civil society.

“For us, the main question was how to engage with the vast majority of Iranians who do not go out on the street for every protest,” she said. “We saw this niche that was not being filled; building Iran’s civic tech sector.”

One of its most prominent projects is the Iran Prison Atlas, a compendium of judges, prisons and, most importantly, political prisoners currently held by the Iranian government.

The database has played an important role in creating an overview of the number of political prisoners in Iran and has been used by the United Nations Human Rights Council as a source in their evaluations of the human rights situation in the country.

“The atlas also helps when people get out of Iran,” Mahmoudi told Al Jazeera. “When they apply for asylum, our documentation is a good way to prove they are not making up the story, since we have a record of it.

“We share and compare lists with a large number of people we work with because what we don’t want to have is false positives,” she said.

“A lot of time, when people leave prison, they are quiet about it, and we don’t want a situation where the government says our information is not accurate’.”

Although technologies like Prison Atlas allow for more transparency, working on it also comes with inherent risk in a country that regularly cracks down on dissent or activism.

To ensure the safety of the people working on and using the applications, Mahmoudi says there is a certain degree of anonymity.

“It is very much a decentralised network of people, we use secure methods to communicate, and we have an extensive security protocol in order to guarantee the safety of the people involved,” Mahmoudi said.

But not all apps are at odds with the authorities’ goals, which has led to some surprising results.

“Governments are not a monolithic thing; rather they have many different sides, so sometimes they end up promoting one of our apps,” Mahmoudi said.

That’s because not all the apps are political; some promote sexual health or combat domestic violence, for example.

Mahmoudi said women’s rights in Iran are not well protected, especially in marriage. Therefore, two of the apps provide examples of language for marriage contracts to make it easier for women to retain their rights to a divorce and custody of their children.

“Our sexual health app also has information on sexually transmitted diseases, a menstruation calendar and information about contraceptives, which made it one of our more popular apps,” Mahmoudi said.

“The domestic violence app allows users to contact people within a trusted circle with the push of a button in case you’re in danger, and it outlines people’s rights when confronted with abuse,” she added.

As a result, women have approached Mahmoudi and her organisation to thank them, saying the information provided by the apps made them feel safer and helped them leave their husbands.

“We were surprised by the scope of the usage of the application; people from small villages to large cities around Iran, who reported various data, from corruption to bureaucratic mismanagement,” he said.

“Additionally, a number of attorneys reported that they have been contacted for legal consultation.”

During the most recent protests, the government shut down messaging apps such as Telegram and Instagram, preventing people from communicating with each other.

“Iranians are young, they’re technologically savvy, and they’re educated, so it’s really critical Iran stays online,” Mahmoudi said. “When the internet was shut down for a short time during the last uprising, it was an issue.”

According to Rafiee, the reason behind these blocks is more than just preventing protesters from organising. “Free and uncensored circulation of information opens the society to changes and accelerates the process of democratisation,” Rafiee said.

To get around these obstacles, Hafez uses built-in VPN technology, which allows the app to circumvent attempts by the government to block the app.

“We are hoping to become more technologically advanced in order to use such tools for the purpose of advancing awareness and human rights conditions in Iran,” Rafiee said.

Mahmoudi reiterated that these apps are just tools created to help achieve a bigger goal. “The most important thing we can do is build a culture of transparency, accountability and civic engagement,” she said.

“How human rights leaders, ethnic and religious minorities and those persecuted are treated is a litmus test for the human rights conditions in a country,” Mahmoudi added.