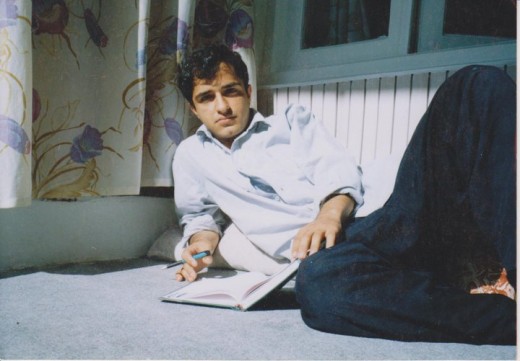 Amnesty International (AI) often marks significant days, such as birthdays, for various detained activists. As student activist Zia Nabavi spends another birthday in prison, we urge you to read and share AI’s blog post and encourage you to leave your own birthday message for Zia Nabavi in the comments section. U4I will collect and print all the messages and forward them to the physical address to reach Zia Nabavi, as noted by Amnesty. If you have any questions, please e-mail us at info@united4iran.org. From Amnesty International USA Blog:

By: Elise Auerbach, December 20, 2011 Students would ordinarily celebrate if they found out that they received a star, and be even more delighted if they got three stars. But in Iran receiving stars is cause for distress and consternation. Being assigned three stars from Iranian authorities means that students are permanently barred from pursuing their university education in Iran. Such is the fate of hundreds of Iranian students who have done nothing more than peacefully work on behalf of candidates for public office, join student associations, write for student publications and blogs, or participate in peaceful demonstrations.  This is in addition to harsh prison sentences served in deplorable conditions in filthy and unsafe prisons often handed down to activists. Sayed Ziaoddin (Zia) Nabavi is one of the many courageous Iranian student activists who we remember as he spends his 28th birthday behind bars on December 21. Zia Nabavi was an engineering student at Noshirvani University of Technology in Babol and member of its Central Council of the Islamic Association when he was permanently banned from further study in 2007 after receiving three “stars” for his political activities. He and other banned students formed an organization called the Council to Defend the Right to Education to defend the rights of banned students. He was arrested in June 2009 shortly after attending a post-presidential election protest. He was initially charged with “gathering and colluding against national security”; “propaganda against the system”; “disturbing public order”; as well as “moharebeh” (enmity against God) for his alleged links to and cooperation with the People’s Mojahedin Organization of Iran (PMOI), a banned political group, to be served in internal exile in Khuzestan province.He was sentenced to fifteen years in prison (eventually reduced to ten years) and to 74 lashes for “creating unease in the public mind.” The Iranian authorities—specifically the Ministry of Science, Technology and Research together with the Ministry of Intelligence–have been using a system of assigning “stars” (from one to three) to what they consider to be troublesome students. The starring system has been used to discriminate against and exclude students from higher education based solely on their political beliefs or their assumed political beliefs. Students banned from study because of their peaceful exercise of their rights to freedom of expression, association and assembly are deprived of their right to education as guaranteed by Article 13 of the International Covenant on Economic, Social and Cultural Rights to which Iran is a state party. Zia Nabavi is serving his sentence in a prison far from his family, who have been subjected to harassment when they have traveled the distance to visit him. He has written a letter to Mohammad Javad Larijani, the secretary-general of Iran’s “High Council for Human Rights” detailing conditions in the prison which he says are “indescribable.” In the letter he wrote:

What’s next? Share this blog post and leave a birthday message for Zia Nabavi in the comments section!