Join United for Iran in a worldwide campaign: “Elections Aren’t Free Until We Are All Free” 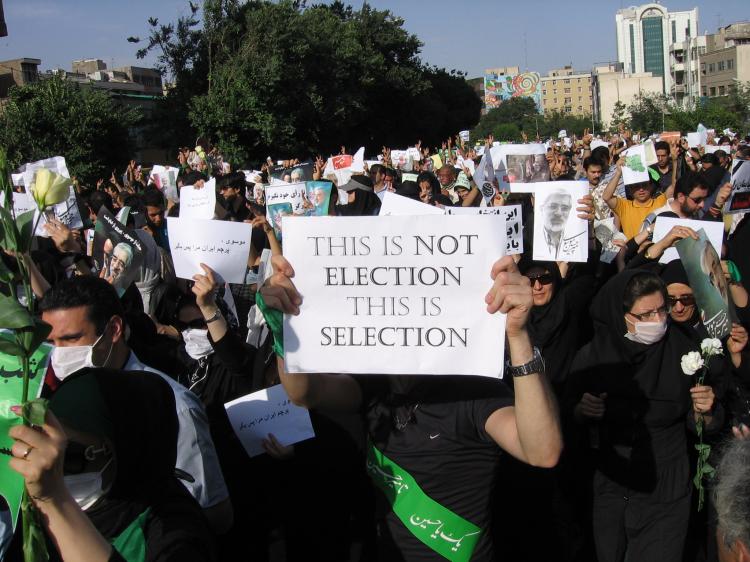 (February 14, 2013) – It’s been four years since the disputed Iranian presidential elections that resulted in massive uprisings and a brutal crackdown including extra-judicial killings, torture, arbitrary arrest, and detention; and infringements of rights to freedom of assembly and expression. Today—in the lead up to the June elections—we are witnessing the largest wave of detention of journalists since 2009. Opposition candidates remain on house arrest, and at least 500 political prisoners remain behind bars. Women and religious minorities are barred from running for president. And yet, Supreme Leader Ali Khameini has said Iran’s elections are “free” and the media “shouldn’t constantly say elections must be free.” We say that elections are not fair or free until all political prisoners in Iran are free. Elections are not fair or free until every citizen has equal opportunity to engage in the electoral process. Elections are not fair or free as long as the Iranian government vets candidates, restricts activities of political parties and forces votes from citizens. Elections are not fair and free when citizen voices are silenced. Join us in demanding that Iranian officials allow for the conduct of genuine, democratic elections that uphold internationally accepted standards of “free and fair,” and that the Iranian government:

Join us in taking up the call that “Elections Aren’t Free Until We Are All Free.” Email us if you are interested in spearheading or participating in actions around the world in the upcoming months: info@united4iran.org. More information will be coming soon!