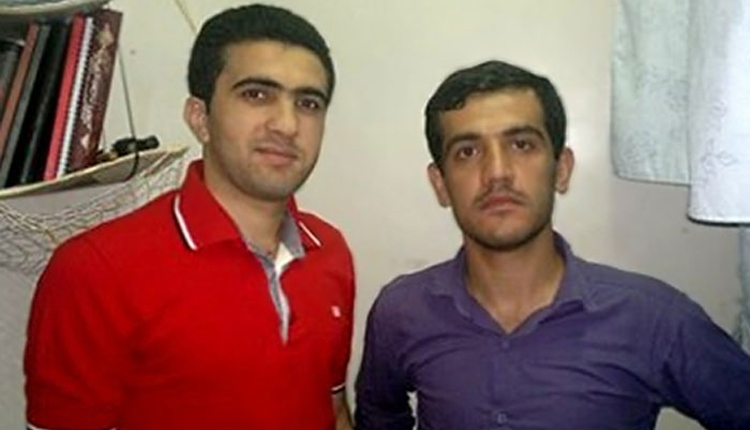 GENEVA (7 September 2018) – UN human rights experts* have appealed to Iran to halt the imminent executions of Iranian Kurd prisoners Zanyar and Loghman Moradi, amid serious concerns that they did not receive a fair trial and were tortured during pre-trial detention. They also reiterated calls to halt the execution of Mr. Ramin Hossein Panahi.

“We urge the Government of Iran to immediately halt their executions and to annul the death sentences against them in compliance with its international obligations,” the experts said in a joint statement, following reports that they will be executed on 8 September.

“We are alarmed by information received that Zanyar and Loghman Moradi suffered human rights violations before and during their trial, including torture and other ill-treatment and denial of access to a lawyer,” they said. The two men are cousins.

“The death sentences were imposed after judicial proceedings which do not appear to have fulfilled the most stringent guarantees of fair trial and due process, which are required under international human rights law,” the experts said.

They also expressed concerns over the condition of Zanyar Moradi who has reportedly suffered serious health complications since his initial period of detention when he was repeatedly tortured and ill-treated.

The experts also expressed concern after receiving information indicating that another Kurdish prisoner held at the same prison, Mr. Panahi, will be executed at the same time. They reiterated previous calls to halt his execution and annul his death sentence in light of the reports that he did not receive a fair trial and has been tortured in detention.

Zanyar and Loghman Moradi were arrested in August 2009 for the alleged murder of the son of an Imam in Marivan, Kurdistan province. Reports received indicate that they were detained at Sanandaj Intelligence Detention Centre for a period of nine months after their arrest. During this time, no formal charges were brought against them, and they were unable to challenge the legality of their detention. They were subjected to torture and other ill-treatment including severe beatings and being tied up in restricted stress positions. They were also threatened with rape in order to compel them to confess to the murder. They were subsequently transferred to a number of other locations and thereafter to Raja’i Shahr prison in Karaj in December 2010 where they have since remained on death row.

In December 2010, Branch 15 of the revolutionary court in Tehran sentenced them to death by public hanging on charges related to moharebeh (“enmity against God”) and involvement in the murder. The trial apparently lasted only 20 minutes and they were denied access to a lawyer during the pre-trial and trial proceedings. During the trial, they both denied the charges in court and explained that they had confessed to the crimes only due to torture following their initial arrest. The Supreme Court subsequently upheld their convictions, and no investigation was undertaken into the claims of torture.

Zanyar Moradi has suffered severe chest and back pain, as well as a broken rib following the ill-treatment he was subjected to and has been admitted to hospital on a number of occasions as a result during his imprisonment.

The two individuals were reportedly transferred to solitary confinement on 5 September, their families were requested to visit them, and their access to telephones have been restricted, raising fears of their imminent execution.

Special Rapporteurs are part of what is known as the Special Procedures of the Human Rights Council. Special Procedures, the largest body of independent experts in the UN Human Rights system, is the general name of the Council’s independent fact-finding and monitoring mechanisms that address either specific country situations or thematic issues in all parts of the world. Special Procedures’ experts work on a voluntary basis; they are not UN staff and do not receive a salary for their work. They are independent of any government or organization and serve in their individual capacity.