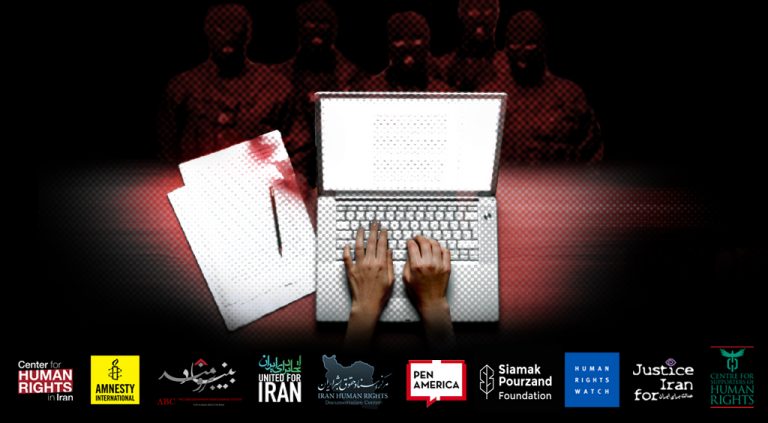 We, the undersigned human rights and civil society organizations, are deeply alarmed by the alleged attempt by Iranian state agents to kidnap Iranian-American dissident journalist and activist Masih Alinejad from U.S. soil. The alleged plan to abduct Alinejad was apparently part of a wider scheme of targeting Iranian dissidents, including those living in Canada and the United Kingdom, and was allegedly orchestrated by four Iranian nationals who have been charged with conspiracy to kidnap, according to an indictment unsealed on July 13, 2021, in Manhattan federal court.

This was not an isolated incident. There is a history of such abductions by agents of the Islamic Republic of Iran, reflecting the authorities’ long-standing pattern of repressing peaceful dissent by people inside and outside Iran.

For example, the dissident journalist Ruhollah Zam was abducted by Iranian state agents during a trip to Iraq from his home in France and forcibly returned to Iran where he was later subjected to torture and other ill-treatment and executed in December 2020 after an unfair trial. In late July 2020, Iranian-born U.S. resident and German national Jamshid Sharmahd was abducted during a flight stopover in Dubai and forcibly removed to Iran where he has since been arbitrarily detained at an undisclosed location in circumstances akin to enforced disappearance. Habib Chaab, an Iranian-Swedish dual national, currently detained in Iran, is also believed to have been arbitrarily detained outside the country in October 2020 and removed to Iran. In June 2021, the BBC urged the UN Human Rights Council to “safeguard” Iranian employees who’ve been harassed by Iranian state agents and threatened with kidnapping. Since the 1980s, Iranian dissidents have been assassinated abroad in circumstances indicating that they were extrajudicially executed by Iranian state agents. Victims of such extrajudicial executions include former Iranian Prime Minister Shapur Bakhtiar in France in 1991, and dissident singer Fereydoun Farrokhzad, three leaders of the Kurdistan Democratic Party of Iran, and an interpreter in Germany in 1992.

There is a significant risk that Iranians will continue to be targeted by agents of the Islamic Republic of Iran if the international community does not address Iranian authorities’ violent and unlawful activities to crush dissent.

Likewise, governments should give notice that such actions cannot be taken with impunity and search for, identify and implement tools of accountability including judicial, political, diplomatic, and symbolic.

This should be a top priority for governments that are engaged in negotiations with the Islamic Republic of Iran.

All Iranians have a right to peacefully express themselves without fear of persecution or death—yet the Iranian government is trying to crush this right not only inside Iran but in other countries as well. The growing cases of abduction of dissidents by agents of the Islamic Republic of Iran and the latest allegations concerning the foiled kidnapping plan should alert the international community to the urgent need for policies to be formulated to address the fact that Iranian dissidents, wherever they reside, are at risk because of Iranian authorities’ disregard for law and life.

We call on the international community, and especially those engaged in negotiations with the Islamic Republic of Iran, including the U.S. and European governments to:

We further call on states whose nationals or residents have been targeted by Iranian authorities including the U.S., Canada, the UK, Sweden, France, and Germany to:

Given the crisis of impunity prevailing in Iran for crimes under international law and grave human rights violations, we further reiterate our call on the UN Human Rights Council to: