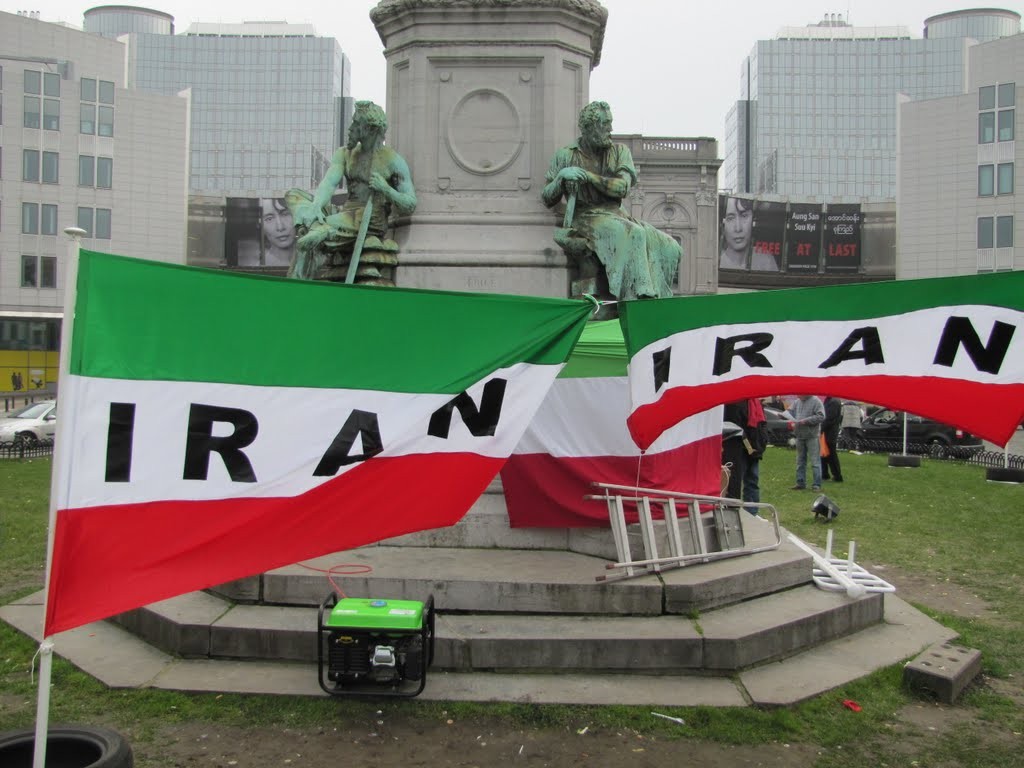 By Roxana Saberi (November 14, 2012) – As President Obama prepares to start his second term in office, many diaspora Iranians are hoping that US efforts to resolve the dispute over Iran’s nuclear program won’t lead to disregard of Tehran’s human rights violations and the plight of ordinary Iranians suffering from sanctions. Estimates of the number of Iranians living abroad range from two and a half to three million, with the largest population, around one million, in the United States. Opposition to broad economic sanctions is widespread among Iranian Americans, said Trita Parsi, the president of the National Iranian American Council (NIAC). “You’re seeing the impact of sanctions becoming much more clear cut,” Parsi said. “What people are hearing from family members in Iran is quite devastating, so I’m not surprised it’s taking a bigger space in their consciousness than before.” US and European Union sanctions have targeted Iran’s Central Bank, financial institutions and energy and shipping industries. The value of Iran’s currency, the rial, has plummeted, and the International Monetary Fund estimates that inflation will accelerate to 25.2% this year, a figure that many Iranians consider much lower than reality. Iranians have suffered as the prices of housing, food and medicine have risen. Even medications exempted from the sanctions for humanitarian reasons are in short supply in Iran. In a recent poll, NIAC found that its members think “preventing war and promoting a peaceful solution to the US-Iran conflict” should be the council’s top priority. Their second priority was “opposing broad economic sanctions and relieving pressure on ordinary Iranians inside Iran and abroad.” Supporting human rights in Iran ranked a close third. The US needs to “keep Iran’s feet to the fire about human rights abuses,” said Ahmad Sadri, a professor of Islamic world studies at Lake Forest College. But he added that any support for human rights in Iran should be on “moral” rather than political grounds and avoid being seen as interference in the country’s internal affairs. “The regime will implode by its own weight and the forces of Iranian opposition rather than foreign intervention or humiliation,” said Sadri, who immigrated to the United States in 1978 and last visited Iran in 2009. “In its second term, the Obama administration should settle the nuclear issue and allow the real issues, which are the democratic aspirations of the Iranian people, to take their course.” One way for Washington to let this happen, Sadri believes, is to avoid harming ordinary Iranians through wide-ranging sanctions. “These sanctions have been very cruel,” he said. “They are hurting the middle class, which is the backbone of the democratic movement of Iran.” Dokhi Fassihian, director of programs and advocacy at the US-based United for Iran, said she wants to see more targeted sanctions against Iran, such as those the US government announced last week against four Iranian individuals and five entities it accuses of human rights abuses. “The Obama administration should elevate the human rights issue and bring it on par with the nuclear agenda,” said Fassihian, who left Iran at age three and traveled back and forth until 2005. “Other than just demanding that Iran meet its nuclear obligations, the international community should be demanding that Iran release political prisoners and end restrictions on the media, free expression and assembly.” Ahmad Shaheed, the UN special rapporteur on human rights in Iran, has called Iran’s human rights situation “disturbing” and expressed concern for Iran’s activists, journalists, women and ethnic and religious minorities. Iran has the world’s highest per-capita rate of executions and, according to the media-rights group Reporters Without Borders, the second-largest number of journalists and bloggers jailed in the world after China. Sattar Beheshti, a 35-year-old Iranian blogger, died in custody shortly after he was arrested last month. The State Department called for an inquiry into his mysterious death, and in an interesting new development, so did Iran’s parliament and judiciary. Iran’s state prosecutor confirmed on Monday, Nov. 12, that wounds were found on Beheshti’s body. The issue of a military strike on Iran also generates strong reactions among Iranians living abroad. “If the US really had the intention and will to attack Iran to get rid of this regime, Iranians would like that,” said an analyst who spoke on condition of anonymity out of fear of repercussions for his relatives in Iran. “But attacking Iran simply to set back its nuclear program while leaving the regime in place would give it more of a chance to suppress civil society in the name of protecting national security.” He added that broad-ranging sanctions on Iran might pressure the Islamic Republic to compromise on its nuclear program but won’t address its abuses of human rights. Hamid Dabashi, a professor of Iranian studies at Columbia University, believes the question of a military strike should be taken off the table. “The other day, there was an exchange between the Iranian military and a US drone,” he said. “Incidents like this can potentially generate into a military encounter, which would be catastrophic.” Reza Moini, Iran researcher at the Paris-based Reporters Without Borders, praised Obama for preventing a war with Iran during his first term. “But the main problem with US policy toward Iran,” he added, “is that human rights hasn’t been its focus.” He wants the US to do more to empower Iranians through access to information, for example by countering the Islamic regime’s efforts to filter and monitor the Internet and speaking out more for jailed journalists and bloggers. “If Iranians have freedom of expression, they can speak openly about the dangers of the nuclear program,” he said. “Then the Iranian people will resolve the nuclear issue themselves.”

Roxana Saberi is an Iranian-American journalist who worked in Iran for six years and was imprisoned there in 2009 on a trumped-up charge of espionage. The author of  Between Two Worlds: My Life and Captivity in Iran, Saberi is writing a second book about Iran.