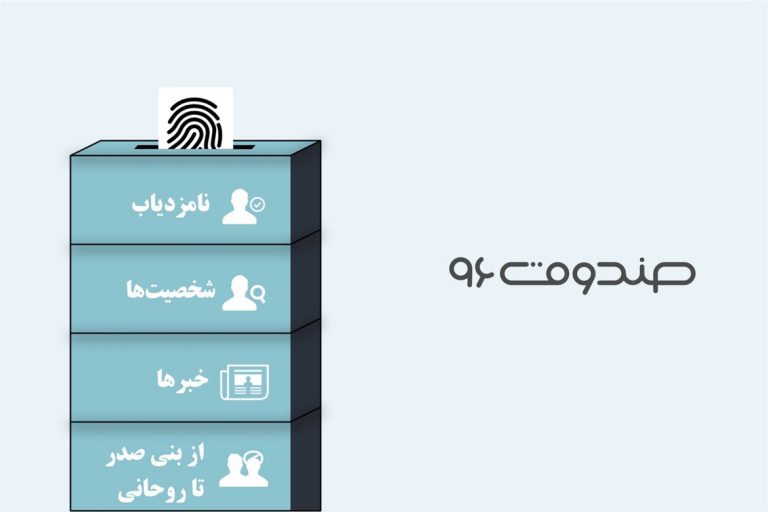 Sandoogh96: unbiased news and information in the palm of voters’ hands

The Iranian government has a strong hold over media and information that is dispensed in the country, which makes it challenging to access unbiased information about presidential candidates.

Sandoogh96 provides Iranian voters with information ‌about the candidates and their stances on various issues including the relationship with the West, the country’s ailing economy, and the controversial house arrest of opposition leaders. The app also offers a balance and up-to-date election news related to the presidential and city council candidates. Sandoogh96 has a “Find A Match” feature allowing potential voters to identify the candidates that are most aligned in six categories of belief, including economics, culture, women’s rights and foreign policy.  The app offers profiles and biographies on each of the candidates and a fact-based history of eleven different presidencies in Iran since the 1979 Islamic Revolution.

Sandoogh96 was selected through the IranCubator contest and was developed by IranWire and Small Media. IranWire’s access to unique local citizen journalism from all 31 provinces allows the app’s users to have the most up-to-date election news as well as professional reports and analyses at their fingertips.

Learn more about Sandoogh96 by reading about it in Wired magazine.