United for Iran was born from a global grassroots movement to end human rights violations and support democracy in Iran . Our campaigns give people who support a free and open Iran ways to support political prisoners and civic activists in Iran who are advocating for systemic change. We aim to be creative and measured to build momentum and keep critical issues in the public eye. 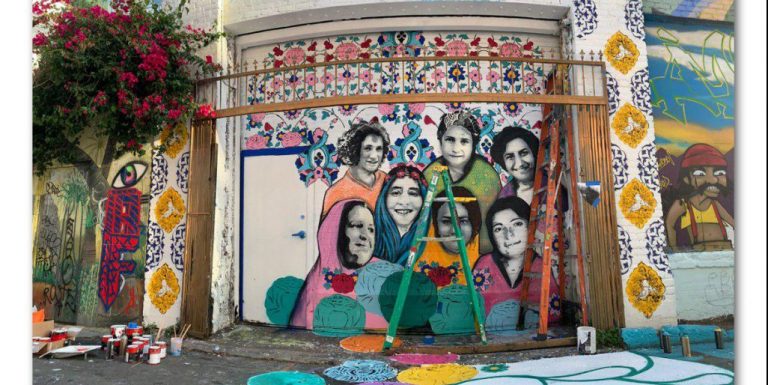 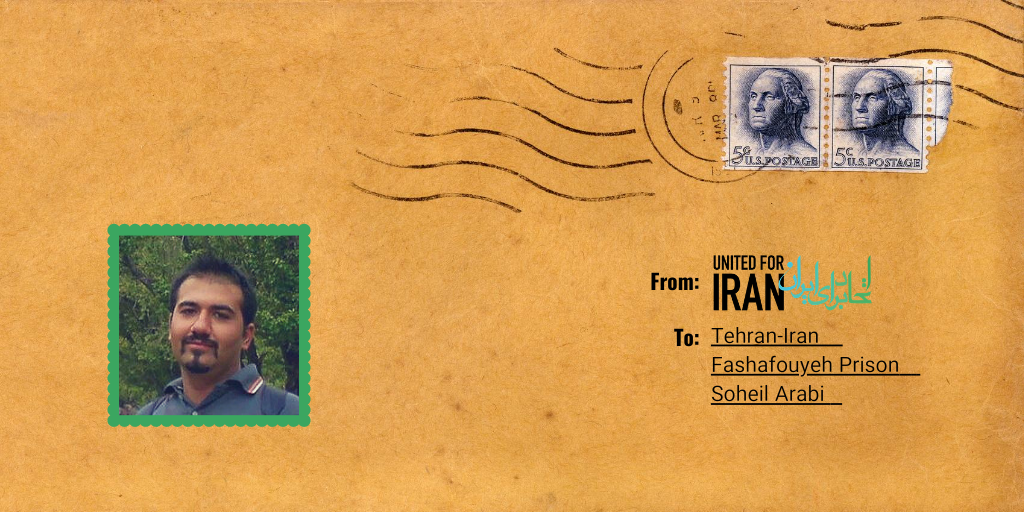 In August 2020, we launched a support campaign for democracy defender Soheil  Arabi, a writer, activist, and father to a young daughter, who has been in prison for nearly 7 years for his criticism of the government and defense of free speech. Since his imprisonment, he has also served as a staunch advocate for improving prison conditions around the country, despite the additional charges and prison time this advocacy carried. Over the years, members of his family have faced harassment and even prison time for supporting Arabi and today, he remains imprisoned even with failing health and the rampant threat of COVID in Iran’s prisons.

We asked members of our community and beyond to write letters to offer Mr. Arabi hope and encouragement while he faces his prison sentence. We provided our audience with sample language, in-depth information about Mr. Arabi on our Extended Profiles page and a video to encourage them to offer their written support. In October, we delivered dozens of letters from all over the world to Mr. Arabi’s family to show them support and solidarity as his fate continues to be uncertain.

In July 2020, we launched a digital multimedia campaign in support of Mr. Abbas Lesani, a well-known Turkish civil society activist unfairly imprisoned for advocating for the elimination of economic, cultural, and political inequalities, as well as for recognition of their vernacular language rights. This campaign consists of a petition being distributed by U4I staff and partners, a series of video testimonials in defense of Mr. Lesani, an email and social media campaign, as well as grassroots efforts. We will share updates on Mr. Lesani’s case as soon as they become available. 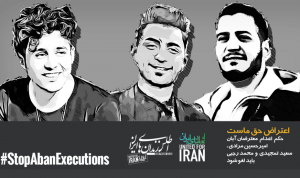 Launched in June 2020, this campaign involves United for Iran leading a coalition of 14 international human rights organizations who are calling on a UN intervention into the death sentences of Amirhossein Moradi, Mohammad Rajabi, and Saeed Tamjidi. The three prisoners were sentenced to death for their alleged involvement in arson which took place during Iran’s November 2019 protests. Moradi, Rajabi, and Tamjidi all claim that their confessions to these crimes were received under torture, and none of the young men were granted access to lawyers during their trial. United for Iran is asking the UN to intervene and ask Iran to suspend their sentences and give each of them an opportunity to a fair trial and due process. 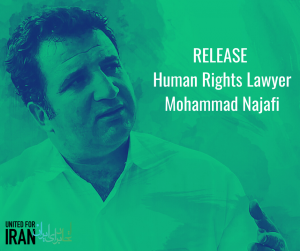 In the spring of 2020, we worked with the International Lawyers Tribunal to publish a letter calling for the release of three imprisoned human rights lawyers at risk of contracting COVID-19. In late March, one of these lawyers, Mohammad Najafi, was released on furlough with thousands of other prisoners to stop the spread of the virus in prisons. He was recently re-arrested in order to serve a nearly 23-year sentence. Najafi has been imprisoned for his longstanding efforts to protect prisoners of conscience from Iran’s legal system, and was recently awarded in absentia the Human Rights Award of the Year by the Council of Bars and Law Societies of Europe. United for Iran is calling for Najafi’s immediate and permanent release.