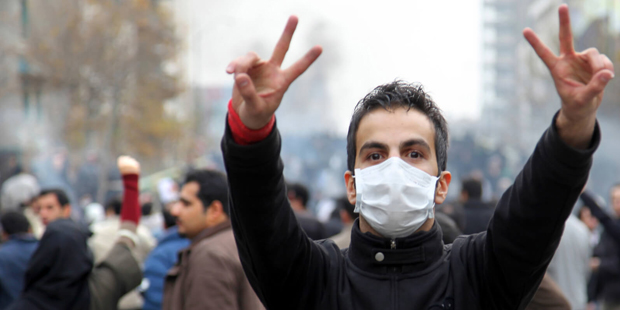 The undersigned national, regional and international civil society organizations urge your government to support resolution A/C.3/73/L.42 on the promotion and protection of human rights in the Islamic Republic of Iran, which has been presented to the Third Committee in the framework of the 73rd session of the United Nations General Assembly. This annual resolution provides an opportunity for the General Assembly to take stock of human rights violations in Iran over the last year and the many other human rights concerns that remain unaddressed in the country, as detailed in reports recently issued by the UN Secretary-General and the Special Rapporteur on the situation of human rights in Iran, and offers key recommendations for how the Government of Iran can better implement its national and international human rights obligations.

We echo the Secretary-General’s observation that this year has been “marked by an intensified crackdown on protesters, journalists, and social media users”, in the wake of the wave of protests that erupted across Iran in December 2017 and continued into 2018. The Iranians authorities have stepped up their repression of the rights to freedom of expression, association, and peaceful assembly, jailing hundreds of people on vague and broadly worded national security charges. Those targeted include peaceful political dissidents, journalists, online media workers, students, filmmakers, musicians and writers, as well as human rights defenders, including women’s rights activists, minority rights activists, environmental activists, trade unionists, anti-death penalty campaigners, lawyers, and those seeking truth, justice and reparation for the mass executions and enforced disappearances of the 1980s. In a worrying development, the Iranian authorities this year arbitrarily arrested and detained, prosecuted and imprisoned on spurious criminal charges lawyers representing civil society activists and others charged for politically motivated reasons. Judicial authorities have denied detainees accused of national security-related charges access to a lawyer of their choice, particularly during the investigation process.

The resolution also acknowledges the positive steps taken by the Government, including putting into effect an amendment to the country’s drug law which has resulted in fewer executions for drug-related offenses being carried out in the country.

We, as civil society actors, believe that the UN’s ongoing engagement is necessary in order to press Iran to undertake long-overdue reforms and respect the human rights of all in the country. The Secretary-General and the Special Rapporteur have repeatedly stressed that various laws, policies, and practices in Iran continue to seriously undermine the fundamental rights of the people of Iran, including their rights to life; freedom from torture and other ill-treatment; fair trial; freedom of religion or belief; peaceful exercise of the freedom of expression (online and offline), association and assembly; and equal enjoyment of all to education, to health and to work.

Violence and discrimination, in law and practice, against individuals on the basis of gender, religion, belief, ethnicity, language, political opinion, sexual orientation and gender identity, among other grounds that are universally recognized as impermissible under international law, also remain widespread and continue to be sanctioned by laws, policies and government practices.

Women and girls experience pervasive discrimination, in law and practice, and receive little or no protection against cruel, inhuman or degrading practices, including domestic violence, marital rape, early and forced marriage and forced veiling.

In addition, the systematic persecution of Baha’is continues unabated. Other religious minorities including Christian converts, Yaresan (Ahl-e Haq) and Sunni Muslims also face systematic discrimination. This year the authorities have subjected Gonabadi Dervishes to a harsh crackdown, with hundreds arrested and subjected to torture and other ill-treatment, and over 200 sentenced after grossly unfair trials to harsh prison terms, floggings, internal exile, travel bans, and/or a ban on membership of social and political groups. Ethnic minority activists, including Arabs, Baloch, Kurds, and Azerbaijani Turks have also been subjected to widespread patterns of abuse and serious violations of their rights.

Further to this, Iran has, by and large, failed to implement key recommendations by UN human rights bodies. For instance, torture and other ill-treatment at the time of arrest and in detention, including prolonged solitary confinement, continue to be committed on a widespread basis and with complete impunity. Judicial authorities also continue to impose and implement sentences that constitute cruel, inhuman or degrading punishments, including floggings and amputations, which amount to torture.

Cooperation with UN human rights mechanisms is lacking. The Government’s engagement with these entities, including the UN Special Rapporteur on the situation of human rights in Iran, has been cursory. Despite the Government’s issuance of a standing invitation to the UN Special Procedures in 2002 and dozens of UN recommendations urging the Government’s cooperation with them, pending requests for country visits from 10 thematic procedures remain unaddressed. No special procedure has been allowed to visit Iran since 2005. Furthermore, individuals, including human rights defenders, have faced reprisals on the basis of real or perceived contact with UN bodies.

The continued attention of the international community is required to ensure Iran upholds its international human rights obligations. By supporting resolution A/C.3/73/L.42, the UN General Assembly will send a strong signal to the Iranian authorities that the promotion and respect of human rights is a priority, and that genuine and tangible improvements to the situation are expected to ensure the dignity inherent to all persons in Iran.

All human rights for all in Iran

Association for Human Rights in Kurdistan of Iran – Geneva

Center for Human Rights in Iran

Centre for Supporters of Human Rights

International Movement Against All Forms of Discrimination and Racism

The Advocates for Human Rights

World Coalition Against the Death Penalty