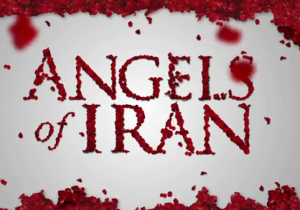 Angels of Iran Single Arrows Productions presents Angels of Iran, a compelling series of short documentaries featuring stories of individuals who have faced persecution under the Islamic Republic of Iran. Every week a new video will be released as part of the campaign to raise awareness about the blatant rights violations in Iran. U4I is honored to support this campaign, alongside Amnesty, the Baha’i national communities of the US and Canada, the International Campaign for Human Rights, the Boroumand Foundation, the Iran Human Rights Documentation Center, and more. Read more about the connected campaign, “Education Under Fire,” below. This week’s video, ‘Faith and Sacrifice,’ weaves together accounts of nine family members of Baha’is who have faced imprisonment, torture and execution under Iran’s present government and features commentary by Mr. Glenford Mitchell, retired member of the world governing council of the Baha’i Faith who was deeply involved, at the highest levels, in the early days of the defense of the Iranian Baha’is. “The world needs to know about the plight of the Baha’is of Iran” are the stirring words spoken by Iraj Kamalabadi at the opening of this powerful short film. His sister, Fariba Kamalabadi, is serving a 20-year prison sentence. Referring to the systematic attempt by the Islamic Republic of Iran to destroy the Iranian Baha’i community, Kimia Kline, whose grandfather, Fat’u’llah Ferdowsi, was executed in 1982 tells us… “The Iranian government wants these lives erased, their memories erased. But, when you sacrifice something as irreplaceable as your life…that is inherently unforgettable.” Watch the video, share it, and make sure to take part in the campaign’s Drive to 25 action!

FAITH AND SACRIFICE: THE BAHA’IS IN IRAN from Education Under Fire on Vimeo.

Education Under Fire The connected “Education Under Fire” campaign is encouraging concerned citizens of the world to TAKE ACTION and join the Drive to 25— a petition calling for an end to education discrimination in Iran. The Education Under Fire campaign also showcases a 30-minute documentary, co-sponsored by Amnesty, that profiles the growth, struggle, and inspiring spirit of the Baha’i Institute for Higher Education. The film connects a diverse audience to a grave human rights issue, a powerful story of resilience against oppression, and the need to respect human rights everywhere. Learn more about how to take part in this effort here! Join the discussion with Education Under Fire and Angels of Iran on Facebook, Twitter, and YouTube!