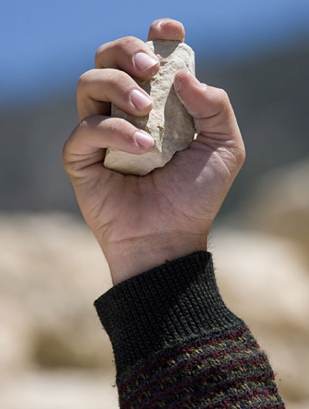 On March 8th at the 57th Session of the Commission on the Status of Women, a group of women’s rights activists will be hosting a panel discussion on stoning, violence against women, and related issues.  The article below is their statement.  Click here to learn more about the event, the individual presenters, or how to get involved. At the 57th Session of the Commission on the Status of Women, we call on States where stoning still exists in law and/or in practice to abide by their international human rights obligations, banning stoning through legislative measures and holding perpetrators accountable to law. We also call on all Member States of the United Nations to heed this urgent call and explicitly denounce the practice of executions by stoning as one of the most brutal forms of violence against women. Stoning is a flagrant violation of human rights, and a most cruel form of torture intended to cause grievous pain before death. It is being meted out discriminately upon women, and is most often preceded by unfair judicial processes whereby those sentenced to execution suffer numerous other human, civil and political rights violations while in detention. Women are disproportionately being sentenced to stoning, due to misogynist and discriminatory interpretations of religious laws and cultural mores which become the basis of social policies governing sexual relationships and the family. Women’s rights cannot be sacrificed to such interpretations, especially when women have the right to freely participate in and adhere to their own beliefs, yet are being silenced by violent actions against them. Such cruel, inhuman and degrading punishment cannot be tolerated, and the universality of human rights must be upheld. Background Execution by stoning is still carried out in various parts of the world (either by State or non-state actors) as a punishment for ‘adultery’, homosexuality, and fornication. Stoning as a form of punishment predates Islam although today, it is often associated with Islam. Even though there is no direct reference to this form of punishment in the Quran, stoning is often claimed to be part of “Islamic Law”. There is absolutely no consensus amongst the global Muslim community over the validity of the practice as “Islamic Law”, and many clerics, scholars and Muslim-majority States have prohibited stoning, as a violation of human rights. Execution by stoning is sanctioned by the penal codes of Iran and Mauritania – two member States currently sitting on the UN Commission on the Status of Women – as well as North Sudan, Qatar, the United Arab Emirates, and Yemen. In some States, stoning is condoned through local or tribal and religious-based laws or courts, although in several instances, these laws remain unimplemented or are deemed unconstitutional. This is currently the case in Aceh in Indonesia; in Kelantan and Terengganu in Malaysia, in 12 northern states of Nigeria, in Afghanistan, Mali, Iraqi Kurdistan and Somalia. Stoning is a grave violation of the Universal Declaration of Human Rights and of subsequent international human rights covenants, the foremost of which are the International Covenant on Civil and Political Rights (ICCPR), the Convention Against Torture (CAT), the UN Convention on the Elimination of All Forms of Discrimination Against Women (CEDAW). States have the responsibility to act with due diligence to protect all citizens from such brutal, inhuman and degrading violence, and prevent its occurrence. Whether carried out by State or non-state actors, perpetrators must be held accountable and prosecuted. For more information on stoning contact info@violenceisnotourculture.org or wluml@wluml.org