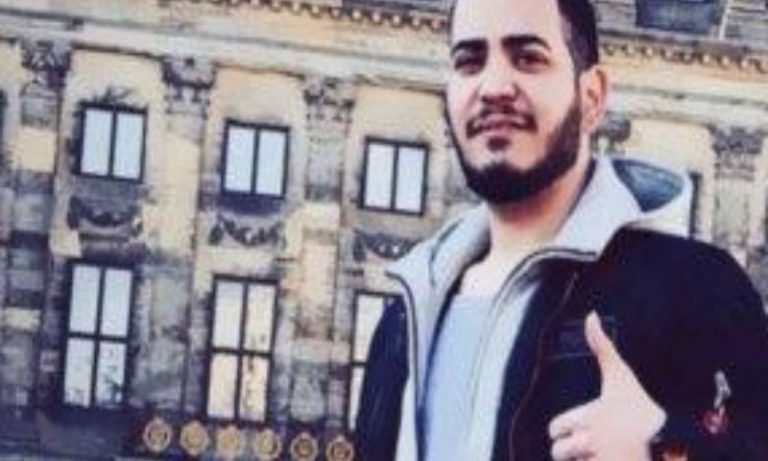 Based on reports from the Iran Prison Atlas, the father of Amir Hossein Moradi — a political prisoner arrested during Iran’s November 2019 protests — has committed suicide. Mr. Moradi was about 60 years old.

A source close to the Iran Prison Atlas team stated: “Unfortunately, Mr. Moradi, who in recent months suffered a great deal of psychological stress following the unjust death sentence handed down to his son, has hanged himself in his own home and has died.”

Shortly after Mr. Moradi’s body was found, security agents reportedly came to the family’s home and pressured Amir Hossein Moradi’s sister “with shocking brutality” to claim that a family fight had taken place and caused Mr. Moradi’s suicide, according to the source. The source further told the Prison Atlas researcher that it’s possible that Mr. Moradi may have committed suicide in a desperate attempt to save his son, by drawing attention to the case.

At the time of writing, Amir Hossein Moradi remains imprisoned. Amir Hossein Moradi was sentenced to death along with Mohammad Rajabi and Saeed Tamjidi following Iran’s November 2019 protests. Each of these prisoners claim that their confessions to their alleged crimes were given under threats and torture.