Amir Hossein Moradi beaten by the Head of the Greater Tehran Prison, sent to quarantine against his will 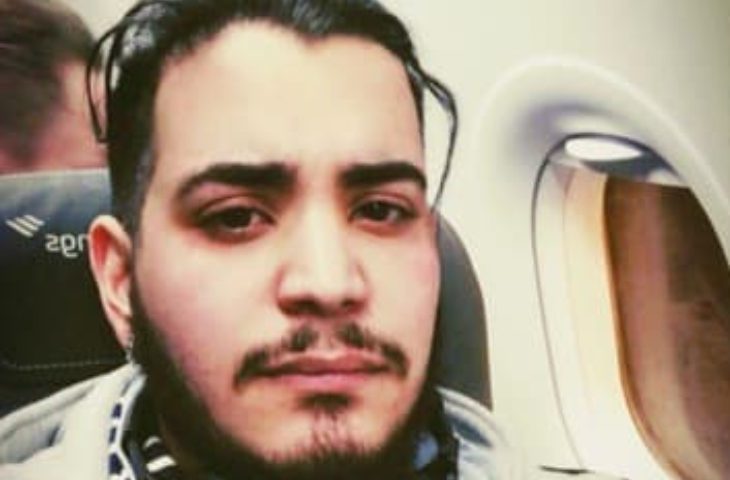 December 3, 2020 — Amir Hossein Moradi, an Iranian political prisoner who was originally arrested during Iran’s nationwide protests in November 2019, was brutally beaten and sent to a prison quarantine ward against his will by Asghar Fathi, the director of the Greater Tehran Prison.

According to Iran Prison Atlas researchers, prior to the beating Mr. Moradi had been hospitalized in Razi Hospital for about 20 days due to complications from psoriasis. Before leaving the hospital, Mr. Moradi reportedly received a PCR test to check for COVID-19, which came back negative. Mr. Moradi’s hope was that this negative test result would enable him to return to a regular prison cell in Fashafoyeh prison, rather than the prison’s quarantine ward. The quarantine ward in Fashafoyeh is reserved for prisoners who have or are suspected to have contracted COVID-19. As such, Mr. Moradi hoped to avoid this ward, as it presented a considerable threat to his health, and was also unnecessary, considering his negative COVID test.

However, when Mr. Moradi requested to be returned to his regular cell, his request was immediately disregarded, and Mr. Moradi was brutally beaten by a prison guard in the presence of Asghar Fathi — the director of the Greater Tehran Prison — and the head of the 6th brigade of Fashafoyeh prison. Moradi was reportedly beaten, verbally abused, had his hand twisted by the guard, and was forced to stand in place for several hours straight. After this, Mr. Moradi was taken to the quarantine ward, which is full of multiple prisoners who have or are suspected to have COVID-19, putting his life in immediate danger. According to an individual familiar with the prison, who wished to remain anonymous, this quarantine ward is said to have very little access to health or sanitation facilities, and is so cramped that maintaining social distance is simply not possible.

Mr. Moradi’s concerns related to his psoriasis appear well founded. Shortly after his initial arrest in 2019, he reportedly contracted the flu while in prison, and the illness was deeply exacerbated by his psoriasis, and made him deeply ill.