Always a Part of Me 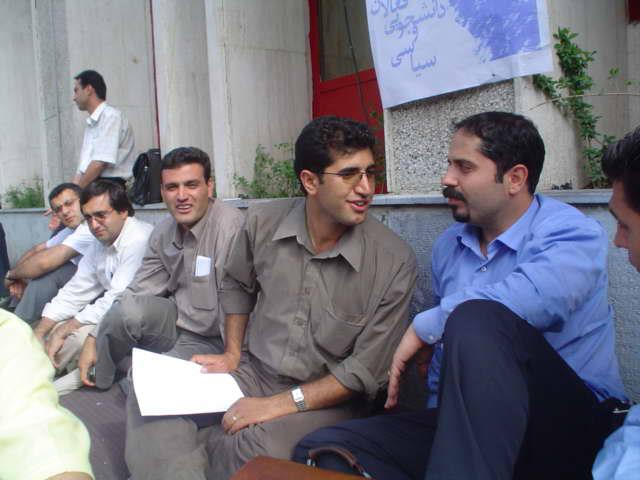 It has always been difficult for me to talk about issues that concern myself. And as I write this, I still have doubts.

My activism career dates back to high school. I have been interested in politics and governance for as long as I can remember. My favorite subject was history, and my hero in Iranian historical figures is Dr. Mohammad Mossadegh, the Prime Minister of Iran in the early 1950s.

From middle school, I began to study Iranian history more seriously, and I was also very interested in Persian literature. All of this connected me to political and social life and activism. Persian literature was full of narratives of Iranian historical problems and bitter historical failures. Many poems were written to describe these defeats and sometimes victories, and the language of the poems was aimed at trying to represent, reconstruct, and heal these wounds and problems.

My high school years coincided with the period when publications began to be published with a critical approach to the policies of the Islamic Republic, and in the pre-Internet world, like a running river, new ideas and materials were disseminated to all parts of the country, through publications like Iran Farda, Adineh, and Kian. I was a full-fledged customer of these publications, and most of all I was fascinated by Iran Farda, especially their editorials, each of which was full of new critiques and ideas for us.

The beginning of my undergraduate studies coincided with the 1997 presidential election, and for me, it was like a sea opening up to a fish caught in a small strait.

This election quickly connected me to a person and movement that I had been studying for years. Ezatullah Sahabi was one of the candidates in that exciting election and was eventually disqualified, but the short period of his presidential campaign had a long-lasting effect on me and became my connecting link to the political and intellectual community. Sahabi was one of the most well-known opponents of the Islamic Republic and the idea of ​​Velayat-e-Faqih (the system of governance that justifies the rule of the clergy over the state), and he had criticized this structure for all twenty years after the revolution—and had been imprisoned for many years as a result.

After the elections, I entered the office of student group Tahkim-Vahdat in 2001. I was elected as a member of the central council of this student organization, a membership that continued until 2005.

During my time in the Office of Tahkim-Vahdat, whether as a member of the Tehran Council or the General Council or during the time of the Central Council, it was full of activities and challenges. Perhaps the most important of these challenges were the police and plainclothes raids on the University of Tehran dormitory, numerous student rallies, the 2003 protests, the death sentence for Hashem Aghajari, and nationwide protests against the ruling and the closure of universities.

After my student days, I became a member of the Central Council of the Advar-Tahkim-Vahdat Organization, and I worked with this political group before leaving Iran.

I was also a member of the Center for Human Rights Defenders, and for a long time, I prepared part of the monthly reports on human rights violations in Iran.

During the raid on Tehran’s University dormitory in 1999, in addition to the Office of Tahkim-Vahdat, I also became a member of the elected council of the university dormitory sit-ins. Our small group of students had to negotiate hard with government institutions to pursue the demands of the students, and the discussion itself is a detailed one.

During this time I was summoned, beaten, and arrested four times. Finally, in the early 2000s, after about 17 years of continuous student, political, and human rights activities, I was forced to leave Iran. The last year or so of my life in Iran was very difficult for me. During this time, I lost close friends in the activism community, and their absence was hard for me to bear.

In that year, opposition activist Ezatullah Sahabi died after a long period of illness, part of which passed in a coma. The next day, during the funeral of Mr. Sahabi, his daughter, Haleh Sahabi, who was a very close friend of ours, was killed by the police in front of our eyes. Following that, another of my closest friends, who was also my teacher, Hoda Saber, went on a hunger strike in prison and died on June 10, the tenth day of the hunger strike. His funeral was one of the most difficult times of my life. 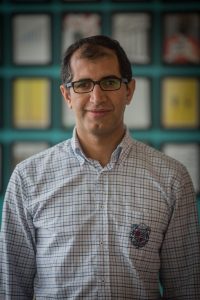 About a year later, while I was summoned for serving a prison sentence, I crossed the Razi border on foot illegally and left Iran. The night I left Iran was a full moon. And at the last glance, when I looked at Iran from the top of the mountain between Iran and Turkey, in addition to the moonlight, I caught sight of a wedding celebration in the last border village. The lights, loud music, and happy laughter of men and women and children dancing are the last images that I have in my mind from Iran—a stunning beauty that I have not forgotten all these years.

After leaving Iran, I had the good fortune to become acquainted with United for Iran and to be able to continue some of my human rights activities. For the last several years, pursuing the situation of prisoners and human rights in Iran from here in the U.S. has continued to keep the connection with my past strong.

In the last twenty-five years, I do not recall a day that has passed without reading or writing or talking about Iran. For years now, as soon as I wake up, the first thing I do is scan the headlines of several news sites related to Iran to make sure that no ominous event has taken place.