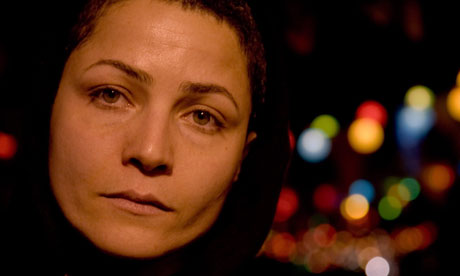 A source close to the case of actress Marzieh Vafamehr spoke with the International Campaign for Human Rights in Iran about her sentence of one year in prison and 90 lashes. According to the source, charges against Vafamehr are “participation in production of a vulgar film,” and “anti-Sharia conduct,” such as pretending to drink alcohol and shaving her head in a film. The source said that a collection of films produced and distributed after the 1979 Islamic Revolution were gathered and delivered to the Judge to demonstrate that other films have also had scenes in which actors drink juice on camera, pretending to be drinking alcoholic beverages, and none of the actors in those films were arrested or sentenced to prison and flogging. The source told the Campaign that the Judge has not yet reacted to this evidence, but Vafamehr’s family is hopeful that the ruling will be changed. The film at the center of this controversy, “My Tehran For Sale,” had been issued a production license by Iran’s Ministry of Culture and Islamic Guidance. The film’s producer, Granaz Mousavi, resides in Australia. Marzieh Vafamehr is married to Nasser Taghvai, a prominent Iranian director. She was arrested in July, along with several other individuals involved with the film who have all been released since. She is currently inside Gharchak Prison in Varamin, outside Tehran. According to the source, Vafamehr told her family that prison authorities have been treating her well. The Campaign has learned that Vafamehr’s lawyer has filed an appeal on her case.