A Lifelong Pursuit: My Activism Story 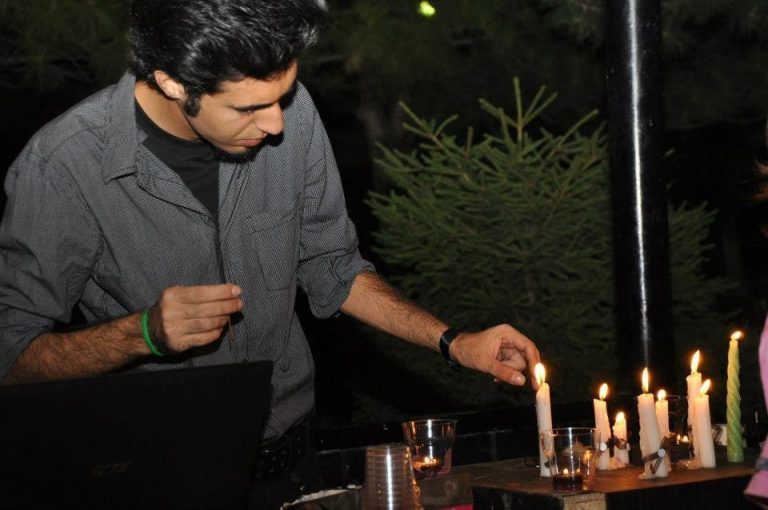 I started my work as an activist in 2006 when I entered Urmia University to complete my bachelor’s degree. At that time, a year had passed since the election of Mahmoud Ahmadinejad, the political student activities at our university had reached a minimum, the Islamic Association of the University had been dissolved the year before, and student activists older than me were more involved in writing for publications and union activities for students’ rights. For me, who spent years before my university dreaming of being part of the student movement, it was a huge disappointment that this cold and frustrating atmosphere overshadowed all student activities I wanted to get involved in.

Gradually, in late 2006, after approaching student activists older than myself and former members of the Islamic Association of Urmia University, I began union activities in support of students’ rights. Due to the ethnic pluralism that existed at Urmia University, the activities carried out to defend the rights of different groups of students created considerable political sensitivity on the part of the government. As a result, many of our university’s union activists including myself were repeatedly interrogated, detained, and deprived of education.

At the beginning of 2007, I started working as a writer in collaboration with “Eran Magazine”, which is the oldest reformist publication in our university. The collaboration lasted until the end of my time at the university and before the publication of this magazine was banned by authorities due to a short and untrue article published by the Kayhan newspaper about the activities and the members of the “Eran” team.

From the middle of 2008 and with the approach of the presidential election season of 2009, our activities at the university have significantly increased. 2009 was a turning point in life for me and many of my contemporaries. After a long time, the hope for a more fundamental change by the people had created a unique atmosphere in the country that I do not remember an example of before, and this led to a high level of popular participation for that election.

Election day 2009 was the starting point for many events that ultimately shaped my life over the next decade. On that day, as a volunteer on behalf of Mr. Mousavi’s campaign, I supervised the Malek Ashtar polling place in Urmia, which was a military base. I was tasked with monitoring the electoral process. The news that was coming from the supervisors of the polling stations from all over the province was very promising, and all the members of the student committee of the headquarters were waiting for the night to pass and the announcement of Mir Hossein Mousavi’s victory. But in the middle of the night, the news that was published on the main page of pro-government websites about the victory of Mahmoud Ahmadinejad began to concern us all greatly. By the time morning approached, and with the announcement of the first early result of the ballot counts in favor of Mahmoud Ahmadinejad, these concerns were changing into reality. The shocked and sad faces of my friends and colleagues that night is still one of the saddest images that remain in my mind from that night.

My first arrest came shortly after that night. After 2 days of participating in public demonstrations to oppose the result of the election, I was arrested, along with several other members of the student committee of Mousavi’s headquarters in Urmia. I was released after 5 days of solitary confinement and continuous interrogations. The day I was released from detention coincided with the day after Ali Khamenei’s Friday prayer sermon – also considered the most intense day of clashes up until that point –  during which many of our compatriots were killed by security forces on the street. The first image I saw after being released was the scene of Neda Agha Sultan’s murder in the streets of Tehran. One of the bitterest moments of my life was looking at the recorded video of Neda dying and the horror and screams of the people who witnessed the scene— a painful impression that repeated many times in my mind during the protests of 2009 and the protests of the following years until today.

A year after I was arrested and interrogated for various reasons in 2009, including attending university rallies and public demonstrations, I continued my student activities as the editor of an independent publication at Urmia University called Pardis. Together with some old university activists, we tried to register and compile the statute for a new student association in order to fill the vacancy of the Islamic Association of the university, which, as we expected, was never allowed to register due to the history of the founding board members.

Finally, after 2 semesters of being deprived of education due to a protest speech at the Student day ceremony on December 7, 2010, I was expelled from the university in 2011 and forced to leave the country.

To this day, the fear and sadness of thinking that I may never get a chance to return to my country has been and will be with me. This is perhaps one of the common concerns of many political and social activists abroad.

After leaving Iran, the Refugee process in Turkey, and immigrating to the United States, a few years passed away from social and political activism and busy adapting to life after emigration. Then in2019, I had the chance to dive back into activism, working with United For Iran. For me, the wellbeing of my people in Iran and their fight for freedom and human rights have always been one of the first priorities and concerns in life, so this was a great opportunity to be able to take another step toward this goal and contribute to the improvement of our society.

Finally, as a very small member of the proud student movement history in Iran, I always consider myself indebted to the university and this movement, and I pay my respects to all the activists and students before and after me who suffered more than I, who were imprisoned, who were tortured and everyone who were killed for their beliefs, in their fight for freedom and democracy.