A Father Is Convicted for Talking About His Son's Condition 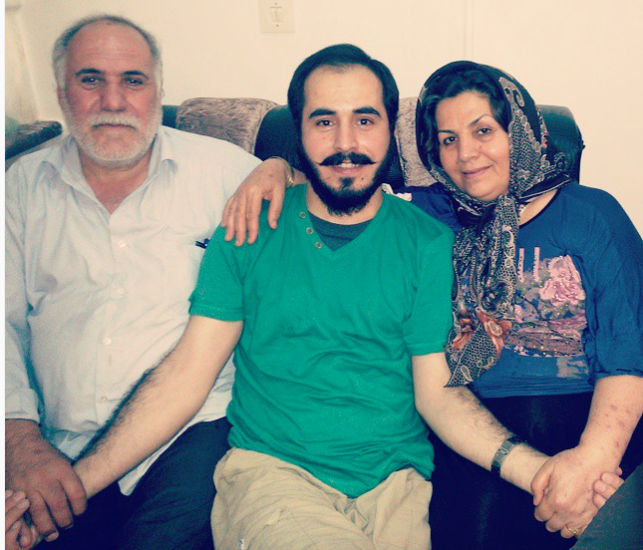 In a move that demonstrates a new low and a shocking disregard for human rights, Iranian authorities on Sunday arrested Ahmad Ronaghi Maleki, the father of Hossein Ronaghi, an Iranian blogger and cyber activist. According to Ronaghis’s Instagram page, he and his family were unaware that his father had even been charged with a crime; and when the authorities came to their house they thought Hossein, and not his father, was about to be arrested.

According to Hossein, his father was convicted of “publishing falsehood in cyberspace” in absentia. Thus, not only did Mr. Ronaghi not have an attorney to defend him, the defendant himself was not notified of his so-called trial.

Earlier this month in an interview with IranWire, Ahmad Ronaghi expressed concern that the authorities intent to harm Hossein: “They want to kill my son. They want to turn him into another Sattar Beheshti.” Beheshti, a blogger and activist, died in 2012 while in custody.

Prior to that, Mr. Ronaghi had expressed his intention to begin picketing outside the prosecutor’s office. He wanted assurance that the authorities will respect the Medical Examiner’s finding that Hossein is unfit to serve the remainder of his sentence due to his multiple medical issues.

Sunday was also Hossein Ronaghi’s 30th Birthday.  He has been out for a medical furlough on a 1.4-billion-toman (about US$460,000) bond since June 18.  Hossein suffers from a number of serious health concerns including kidney and heart problems.

Hossein was first arrested in 2009, after Iran’s controversial presidential election.  He received a 15-year sentence for “propagating against the State,” “insulting the Supreme Leader,” and “insulting the president.”  He was released prematurely in September 2014, but was rearrested in early 2015.