7 things you need to know about human rights in Iran 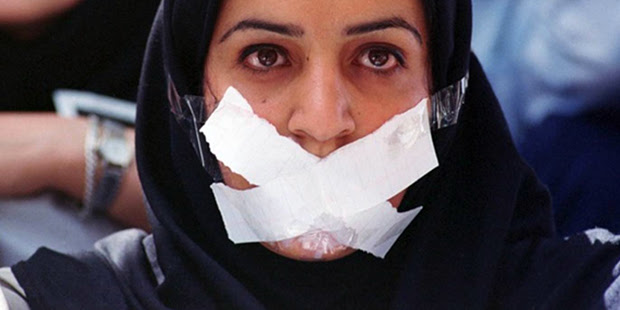 Iranian citizens face injustice every day. Here are seven of the most major human rights violations you should know about.

1) Systematic crackdown on peaceful activists, journalists, and artists
Iran continuously targets and detains the small but vocal community of human rights defenders by charging them with national security crimes. Currently, at least 880 individuals are behind bars, many for lengthy prison terms, simply for peacefully exercising their rights to freedom of expression, association, and assembly.

2) Widespread use of torture as an “investigative tool”
A significant number of convictions in Iran are based solely on the defendant’s “confession.” Even though there have been many cases of death shortly after arrest, Iranian authorities usually claim suicide as the cause of death and those responsible are never brought to justice. Former political and non-political detainees, attorneys, and others have told U4I extensive tales of how they were subjected to torture in detention.

3) Iran remains one of the world’s top executioners
Hundreds of people are put to death in Iran annually. Many are hung in gruesome public hangings. In a positive step, Iran eased the death penalty for many drug-related charges earlier this year. However, it continues to execute for other offenses following grossly unfair trials. In January 2018 alone, at least 3 juvenile offenders were executed.

4) Systematic discrimination against women
Iranian women and girls are legally subordinate to men in many aspects including inheritance, marriage, divorce, and child custody. They face entrenched discrimination in education, employment, earnings and income, and access to public spaces.

5) Arrests of women’s rights defenders
Iran has been arresting women activists for decades. In July, Shaparak Shajarizadeh, one of the Daughters of Revolution Street who peacefully protested Iran’s obligatory hijab rule by removing her headscarf in public, was sentenced to two years in prison in addition to an 18-year suspended prison term. Prominent human rights lawyer Nasrin Sotoudeh, who represented Shajarizadeh and other women arrested for opposing the compulsory hijab, was arrested in June and is currently behind bars.

7) Entrenched religious discrimination
Iran’s Baha’i community is subjected to extensive and pervasive discrimination that threatens their life, liberty, and livelihood. Authorities even arrest and harass clerics and congregants of Muslim minorities including Sunni Muslims and the Gonabadi Dervishes Sufi Order. Dozens of activists belonging to religious minorities are serving long prison terms on national security charges.

We work on your behalf to bring attention to these issues everyday and offer solutions like the Iran Prison Atlas and the IranCubator apps. Thank you for your continued support.