6 Things to Know about the Internet Shutdown in Iran 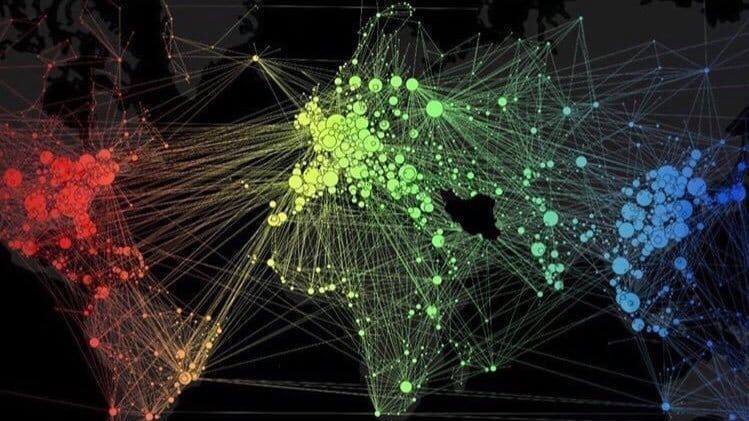 On November 14 the Iranian government cut part of its longstanding fuel subsidies, which increased fuel prices by nearly 300% overnight. The decision was made without parliamentary consultation, and the anger generated by the decision resulted in nationwide protests. Ultimately, the protests became more polarized and political, as some protesters marched against the regime or burned images of Supreme Leader Ayatollah Khamenei. As clashes between protesters and security forces intensified, Iran’s National Security Council made the call to shut down internet access for most of the country. Since then, virtually every user in Iran has had no access to the global internet, as network availability hit an all-time low of 4%.

As of Tuesday, November 26, reports indicate that home internet access is largely back online, but at the time of this writing, most mobile data networks remain down, cutting off access for a large portion of the population.

Iran has a deeply connected and tech-savvy population, and Iranians have long used web services and platforms to share information with international organizations and media. Messaging apps like Telegram have been instrumental in mobilizing mass collective action and sharing information with the outside world. The Iranian government has tried to shut down apps like Telegram in the past, but has largely failed due to the nation’s widespread use of Virtual Private Networks (VPNs) and other circumvention tools.

However, during the current shutdown the Iranian government has been able to cut off the international internet almost completely, meaning messaging apps like Telegram and VPNs have been largely ineffective. Family members outside of Iran have reported increasing difficulty in reaching relatives inside the country, and once lively Telegram channels have gone almost entirely quiet.

Importantly, the continued shutdown of the global internet may ultimately force some citizens – including protesters – to utilize domestic applications in order to meet their information and communications needs. Use of these services has major security implications for users. Their data will be housed and accessible in Iranian data centers, and their personal information and communications will be at great risk of being exposed to surveillance by the government and its security forces.

Iran has been known to be developing a national intranet which is largely cut off from the outside world for at least a decade. The NIN, modeled after China’s internet policies, is an effort to keep everything local to Iran. This included a process of replacing international services, such as messaging apps, cloud services, web-browsers, with Iran versions and making sure all websites and apps are housed in Iran-based servers.

NIN is seen by authorities as a way to control internet use, censor unwanted content, and exercise greater oversight over Iranian internet users. In spite of these efforts, there have been longstanding questions about the Islamic Republic’s technical capacity to carry out these plans.

Iran Internet Security and Digital Rights Expert Amir Rashidi has pointed out that during the country’s protests 3 years ago, the authorities were only able to shut down the internet for about 30 minutes.  In this light, the current 5-day-long shutdown is especially troubling, since it shows a growing capacity for the Iranian government to control internet access in the country.

Small Media reports that a state-owned newspaper described the shutdown as a “relatively successful experiment” of the NIN. While shutdowns were widespread for most users, the NIN reportedly was able to retain internet access for Iran’s domestic banking infrastructure, privileged government entities, and for a number of domestically-controlled mobile apps and websites.

As the NIN becomes more advanced, the Islamic Republic will face fewer costs if it decides to switch-off the global internet. NIN-connected businesses, banks, and government entities may be able to operate without delays, and Iranians who use these locally controlled apps and websites may not even notice their access is blocked.

Until the last few years, much of Iran’s internet infrastructure relied on international services in order to work properly. While the physical telecommunications infrastructure was state-owned, many websites and applications nonetheless relied on international services, including cloud-based storage like Google Cloud, Amazon Web Services, and Digital Ocean to work properly. In practice, these services contributed to the protection of internet freedom by housing user data outside of the country, meshing Iran’s internet with the rest of the world, and by dramatically increasing the costs of a large scale internet shutdown.

As Article19’s Mahsa Alimardani points out, the Trump administration’s “maximum pressure” campaign has changed all this, as these sorts of cloud services became legally barred from working with any entities based in Iran. As international firms pull services from Iranians, either because of sanctions or because of over-compliance with sanctions, much of the country’s burgeoning tech sector has had no choice but to use local services and other local tools – a move which has accelerated the NIN.

While the impact of sanctions is not equal to what Iranian authorities have done to force the NIN on Iranian internet users and developers, sanctions have ultimately undercut the many US policies aimed at expanding Internet freedom in Iran.

In spite of the NIN’s overall success in shutting down the global internet in Iran, people in Iran still have access to the outside world through Toosheh, a satellite feed that delivers news, videos, and other content through satellite TV receivers, which many Iranian households have. The creators of the project are well aware of the current protests and have been working to keep Iranians informed on news throughout the country, as well as to provide information to keep protesters safe.

For those with family or friends in Iran who can be reached by phone, you can call your family and give them the below settings to access the daily packages from Toosheh: