10 Things to Know about Iran’s Protests 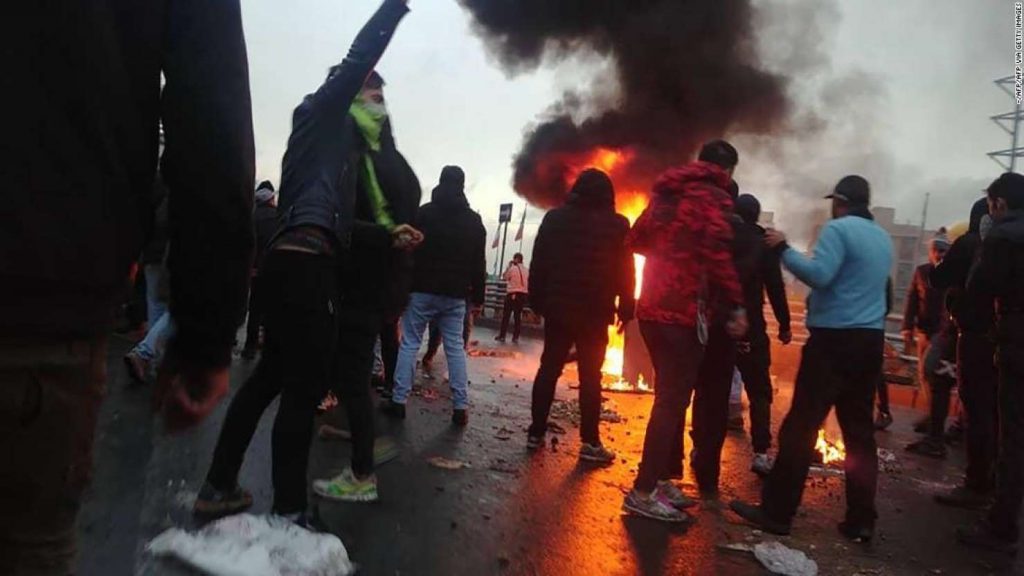 Iranians enjoy some of the cheapest gasoline in the world due to heavy subsidies, but the Iranian government suddenly announced at midnight on Thursday (November 14th) that it would increase gasoline prices, and cut individual rations of subsidized gasoline. Effectively, the cost of subsidized gasoline has doubled, and the price of non-subsidized gasoline will become three times more expensive. The decision was made by the “Supreme Council for Economic Coordination of the Three Branches,” which was formed at the behest of Iran’s Supreme Leader.

Some Iranian MPs have objected to the price increases, saying they were unaware of the decision before it was announced. Some MPs called for Speaker of Parliament Ali Larijani to resign, and some called for the impeachment of President Hassan Rouhani. The “Omid” faction of parliament, formed by Reformist MPs, initially requested a debate on the price hikes be added the Parliament’s agenda, but after Ayatollah Khamenei declared his support for raising gas prices, they withdrew their request. A representative from the city of Buchan also resigned in protest of Parliament’s lack of consultation about raising the gasoline prices.

Protests have been held in various cities across the country since Saturday. Following police intervention, the protests quickly turned violent. Iran’s Constitution recognizes the freedom of assembly but the government generally refuses to allow the opposition to practice this right.

While previous political protests have taken place primarily in central metropolises, this time around border provinces and small cities have been involved. Protests have been confirmed in Tabriz, Isfahan, Shiraz, Shariar, Eslamshahr, Kermanshah, Baharestan, Karaj, Sirjan, Marivan, Behbahan, and other cities. Indeed, the governor of Tehran reported protests in more than 70% of Iranian provinces.

During the first day of protests, economic demands were the bulk of the slogans chanted by protesters. However, since day two slogans have become increasingly politicized. Multiple videos released from the protests have shown the use of radical slogans, including anti-government slogans and slogans against Supreme Leader Ayatollah Ali Khamenei. Some protesters burned images of Ayatollah Ali Khamenei.

By order of Iran’s National Security Council, the Internet in Iran has been shut down for a week (since Saturday, November 16). Contrary to previous periods where the Internet shutdowns either focused mostly on blocking specific websites, network disruption, or targeting anti-filter systems, this time around access to all foreign-based servers has been blocked. In effect, virtually all citizens have lost access to all websites and apps housed outside of Iran, and network availability hit an all-time low of 4% on Tuesday. The United States ambassador to Germany claimed that the US has “the technical capability to provide the Iranian people with the uncensored Internet,” although some internet freedom experts doubt whether this is technically feasible. Iranian media and foreign news agencies inside Iran were also banned from reporting on the protests.

Recent reports suggest that the global internet is coming back online in Iran, but at the time of this writing network availability was still only 15%, according to a livestream hosted by Netblocks.org, a global internet freedom organization.

Radio Farda recently confirmed at least 138 deaths in Iran, but images and videos that have been released so far appear to show police shooting at protesters and bodies of people who were allegedly shot dead. Some reputable journalists have reported as many as 200 deaths.

7. Authorities have arrested over 3,000 protesters.

Reports from the semi-official Fars News stated that authorities had arrested over 1,000 people in the first two days of the protests alone. More recent reports from Radio Farda indicate that the number now exceeds 3,000.

The government temporarily closed schools and universities in a number of Iranian cities. A number of protesting students were also arrested at Tehran University.

Many banks, fuel stations, shops, and Basij (Iran’s paramilitary force) bases were damaged during the protests, including many that were set on fire. According to government officials, 69 banks in Isfahan and 76 banks in Shiraz have been damaged.

Ayatollah Ali Khamenei described the protests as “hateful and unrighteous people.” President Hassan Rouhani has urged the judiciary to deal with the “rioters.” He further thanked the Ministry of Intelligence, the Iran Revolutionary Guards Corps and the Basij militia forces for dealing with the protesters.