It has been an especially hard and discouraging year for our global society, and for the people of Iran, in particular.

United for Iran was borne out of solidarity with and love for these people, and over the last year, we were there every step of the way, constantly identifying ways to help, questioning how we could do better and do more in pursuit of freedom and democracy for the more than 80 million people who call Iran home—as we have been doing since 2009. Through it all, we continue to be in awe of the resilience and spirit of the people, and of their bravery to fight for what is right and fair time and time again.

On a Saturday last November, the news came to all of us quickly. Our phones buzzed with headlines or messages from friends and colleagues.

All across Iran, demonstrators had come out in large numbers protesting the abrupt and significant increase in gasoline prices, adding even more pressure to millions of households already facing economic hardship. Security forces opened fire on unarmed protestors, killing or wounding hundreds, detaining thousands more, and attempting to cover up their actions with a massive internet shutdown. 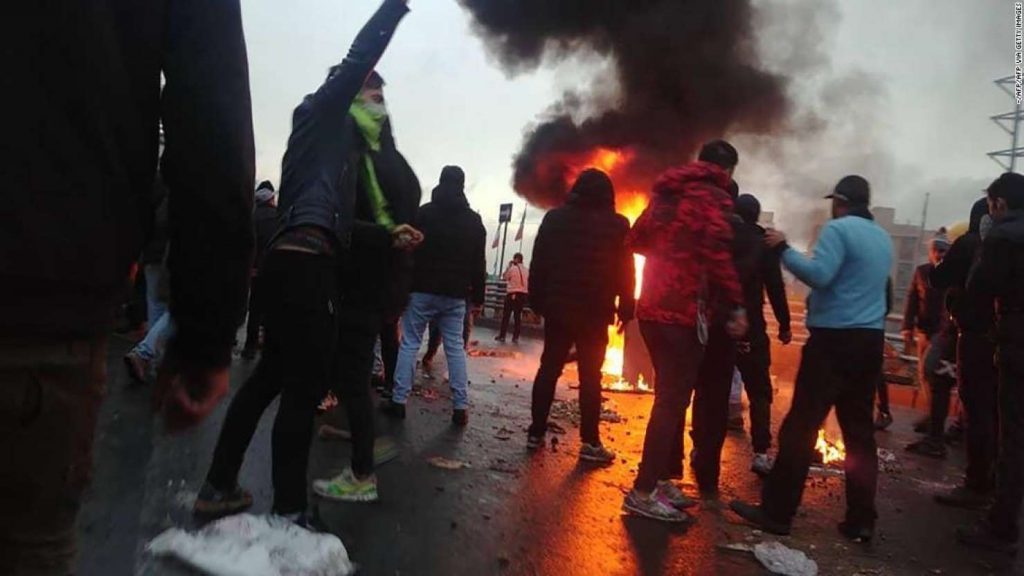 At that moment, U4I sprang into action. We developed and shared a list of 10 things to know about the protests, followed quickly by a piece breaking down the internet shutdown, getting the word out throughout the diaspora. Meanwhile, our human rights team worked to support the restoration of the Internet and to gather whatever information was available on protesters who had been imprisoned.

Then in January, President Trump ordered the assassination of Iran General Qasem Soleimani, escalating tensions between the U.S. and Iran and leading to the senseless downing of a passenger airplane by an Iranian missile, killing all 176 people onboard. In that moment, we joined in a #NoWarWithIran day of action, calling on those in power to do all they could to de-escalate the situation.

In mid-February, Iran reported its first cases of COVID-19, which rapidly spread across the country, including  Parliament members and government officials. U4I immediately called on the Iranian government to be transparent and to grant political and nonpolitical prisoners with immediate, temporary leave or pardon.

We also worked with the International Lawyers Tribunal on a letter specifically requesting the release of imprisoned human rights lawyers at risk of contracting the virus. In March, the government pardoned or temporarily released over 100,000 prisoners to stop the spread of the disease, and just last week, pardoned nearly 4,000 prisoners, including over 150 political prisoners specifically involved in anti-government protests.

This June, we joined 13 other human rights organizations to deliver a letter to United Nations Human Rights bodies asking for their intervention in an internationally recognized case involving three young protestors who had been tortured and sentenced to death. Thankfully, the executions were suspended.

In addition to our tireless advocacy work, we continue to use data and technology to address Iranian civil society’s most pressing issues.

This spring we launched IranCubator 2.0, the second round of our global tech incubator for social good. Some of the innovative ideas accepted were directly inspired by critical needs identified after the November protests, such as secure, encrypted offline communications tools, and others are aimed at addressing established or growing issues, such as opioid addiction, child labor and sexual harassment education in the wake of Iran’s unfolding #MeToo movement.

It is our fervent hope that we will soon be on the path to a free Iran. And there is so much more work to do. Until then, we will continue to work with and for the people in every effort, we undertake at United for Iran.

Please consider United for Iran in your year-end giving, and help us build upon our efforts to support the people of Iran in whatever they face.

Noor Sayeed
Director of Development and Operations
United for Iran