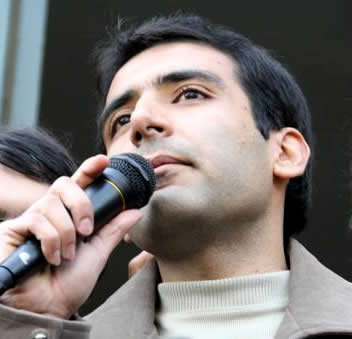 (February 15th, 2013) – Majid Tavakoli, a student activist currently imprisoned in Iran was awarded, in absentia, the International Student Peace Prize in Trondheim, Norway today. Tavakoli played a prominent role in the 2009 post-election uprising, speaking out at his university, and was subsequently jailed. In an attempt to humiliate Tavakoli, authorities dressed him in hijab, sparking a world-wide campaign of male and female supporters dressing in hijab in solidarity. He is currently serving a nine-year sentence for “participating in an illegal gathering,” propaganda against the system,” and “insulting officials.”